Light Strikers is a new multi-platform RPG project from Code of Light Studios.

The goal is to bring the science-fantasy to life as an RPG, in comics, as novels and even in music. After the pitch video, Geek Native has included the soundtrack from the game and a short interview with the project creator. To do that, Code of Light Studios is asking for $3,000, and you can see progress at the landing page.

In Light Strikers, you play as a superhero champion, fighting to protect the world from a harmful invader and exploring the world through adventuring.

The transmedia project is, as you’d expect, coming out in various formats. A pledge of $5 is enough for The Bladed Kiss novelette, but you need to step up to $25 to get the Light Strikers Academy pack (that’s the core rules in PDF), The Bladed Kiss ebook, Quest Blasters #2 in digital, Altasharon Deck 1, GM screen inserts and digital stretch goals.

Pledging more takes you higher up the academy membership until $40 adds in the print-at-cost coupon for the hardcover version of the core rules. There are tiers higher, still.

What type of roleplayer is Light Strikers for?

Roleplayers who want to create and evolve their characters over a campaign, through various types of stories and plots. Your character is not meant to be killed, rather, defeat and failure only makes for better character growth. After all, true heroes get back up when they’re knocked down, and learn from their past mistakes, as they change for the better, and return to defeat the enemy. It’s for those who want to be a super-powered hero for a kingdom that is truly making the world a better place. You will balance both a duty to Altasharon Kingdom and the Light Striker Academy, as well as achieve your own personal goals that fulfill your dreams & purpose.

And of course, people who enjoy each the diverse genres/types of media that I mentioned. Nothing else out there truly captures classic fantasy & scifi, that has you play as superheroes, in a fully developing world that has the tone of various anime and retro 80’s & 90’s cartoons.

And finally, it’s for those who want to partake in their own adventures & personal stories, but also who like to enjoy the canon and stories that come from the world and its unique characters. Most IP’s start out as games, and then branch out into novels, movies, etc. Or start out as movies and books, and then branch out into games. Light Strikers is meant to be a game and a form of entertaining art from the very beginning!

Will gamers have to buy comics, read books and engage in the full transmedia experience to keep up to date with the tabletop RPG?

It’s not required. Any additional supplements included in the transmedia experience will be published to our website for free, after shortly after being released in its main format.

How do the three tiers of the Clash system work? Do gamers need to learn all three?

Players do not have to learn all 3. They can play the complete game with one level ruleset.

Level 1 “gateway” is for completely new players, kids, or those who don’t want to focus on skirmish battles.
Level 2 “rules-lite” is for players who are familiar with RPGs and boardgames, and want to start playing right away, exploring the Clash system and the campaign setting.
Level 3 “complete” is for advanced players, those who want more crunch, more tactical skirmish combat, or have been playing levels 1 and 2, and are ready for all the detailed rules.

Imagine a future in which the Kickstarter has been successful, and you’ve completed all the fulfilment so that everyone has their pledge rewards. What happens next for Light Strikers?

There’s a lot I have planned via stretch goals. That includes a whole series of novelettes, YA fiction, and comics.

Possibly even a live-action short film, and/or short animated film.

There’s also the season of 8 adventure modules I have planned.

After that, I already have ideas in mind on how to expand the Light Strikers with 2 additional classes.

Also, Elves and Dwarves will become playable in the future.

There’s also an idea for a spinoff tabletop boardgame.

Really, the possibilities are endless!

Thank you very much!!! 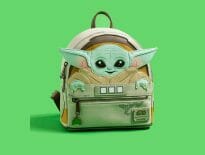 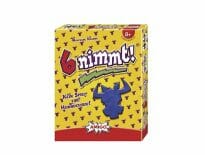