You are here: Home / Games / Tabletop & RPGs / Uprising | Curse of the Last Emperor soars as it avoids the peril of stretch goal holes

Uprising | Curse of the Last Emperor is a cooperative fantasy board game for 1 to 4 players that’s set in a post-apocalyptic world. Play as the leader of one of eight fantasy races, work with other survivors to hold back Chaos and The Empire.

To win, or even play Uprising to its full potential, you don’t need to invest in a ton of miniatures as Kickstarter add-ons. Nemesis.Games as designed a Kickstarter without the usual gambit of stretch-goals and hundreds of extra miniatures. The core game is available for $79 (about £61), and only other pledge is All-In which costs $129 (£99) and gets you everything.

At the time of writing, well over 2,000 backers are on board, and the campaign has soared past $200,000 in pledges. The target was $40,000. The simple approach is working, and you can see the latest figures on the campaign page.

Geek Native had the chance to speak to Nemesis.Games about both Uprising | Curse of the Last Emperor and their approach to Kickstarter.

Many of Geek Native’s readers are tabletop roleplayers. Is there anything about Uprising | Curse of the Last Emperor that might especially appeal to them?

Of course, we used our own RPG world as a background, but even better, we have invited our community members on Kickstarter to create more lore with us!

So far it has been very successful, with new characters and motivations we never even thought of becoming part of the world of Azuhl. We hope that we can offer a very rich and unique setting that will shine through in every little component of the game.

Further, each game of Uprising lasts several hours, about as long as a nice RPG session. Almost every card is unique: Events, Quests, Feats, Items, Druids, Imperial Legions, Chaos Hordes and Hexes. This means every game develops its own emergent narrative.

In the game’s plot, what is the “curse of the Last Emperor”?

Ah… the damned Curse! As the Last Emperor declared himself a god, the other gods fell into an eternal sleep. But what the Emperor overlooked was that they, the Old Gods, had been the ward against the primal force of Chaos. And without their protection, Chaos started its attack on the mortals through a rift in the heart of the Empire.

The Curse is a ritual that the Emperor casts to close this rift, but it destroys him and nearly all life on the planet, freezing the very seas.

What’s the difference between Stretch Goals and “Unlocks”?

A Stretch Goal is related to an amount of money that a project hopes to gather on any given day. Our Unlocks are guaranteed to happen and are independent from finances. We want to create something with our community that has resonance for them whenever they play.

Why isn’t Nemesis.Games using any Stretch Goals on this campaign? Couldn’t you make a better product with them?

We just don’t like what is done with stretch goals these days.

Uprising will come out of the box with high-quality components, linen finish for the cards, and an 8-piece modular inlay. We don’t want to potentially unlock those things. We will for sure let our backers participate in our success if we can grow – but at the same time, we want to offer a very high-quality product from the beginning.

Uprising uses standees rather than miniatures. You don’t even have miniatures as an optional add-in. Why’s that?

Because we lack the expertise and the means to make them. And if we can’t live up to the highest standards, the talk about our game wouldn’t be focused around the wonderful stories it can tell, but the quality of our miniatures.

Therefore we said: “Let’s make the best possible standees ever” – with customized bases and made from heavy acrylic. We love them. 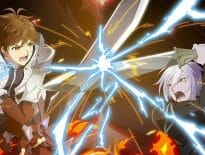 Anime KING’s RAID: Heirs of the Will gets a musica… 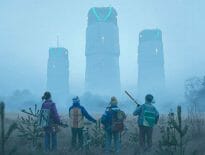 Tabletop & RPGs Tales From the Loop RPG launches on Roll20
wpDiscuzComment Author Info
Manage Cookie Consent
This site uses cookies 🍪, and links are ads that may earn bloggers some money 💰, and with this alert, I very much hope that these dark truths 🧌 are acknowledged.
Manage options Manage services Manage vendors Read more about these purposes
Preferences
{title} {title} {title}
Loading Comments...