What if the bad guys won? Take a Lord of the Rings-style setting and imagine the dark lord and his army and beat the humans, elves and dwarves?

That was the premises of the old D&D 3 campaign setting from Fantasy Flight Games.

This year, Fantasy Flight got out of the roleplaying games business, and sister studio Edge picked up their Star Wars license, Genesys RPG and Legend of the 5 Rings. It’s Edge, a publisher based in Spain, who is resurrecting Midnight.

Midnight, which has already had two editions, will not use Genesys. Instead, it’ll use Wizards of the Coast’s OGL and run on 5th edition. That’s the D&D ruleset.

Asked why this was the case, Stewart offered up two reasons for not moving to Genesys. Firstly, Midnight’s legacy has been with the D&D rule system, and there was the feeling at Edge that this should be maintained. Secondly, it would be easier.

We didn’t get timelines for the project. In fact, Edge is still working to onboard Fantasy Flight Games’ RPG assets and don’t even have a website ready. The lockdown has made matters worse.

Stewart was also asked about “evil races”. D&D has recently acknowledged the idea of “bad by blood” is wrong and issued a diversity in Dungeons & Dragons statement. Could this be a concern for good races versus evil races setting like Midnight?

It could be, acknowledged Stewart, but it was an issue they were already working to address. In fact, Legend of the Five Rings already works with sensitivity readers and cultural experts since that RPG draws so heavily on Asian cultures.

The same interview also revealed the strong likelihood of Edge Studios making a Twilight Imperium RPG with the Genesys system.

They do this “bad by blood” PC crap then they can keep it. I wouldnt want to play it. Its core to have “evil” in the setting.
Whats next? Will it be wrong to say Pit Devils and Balor are “born evil”. Get over yourselves.

I think it’s a challenge for the setting. If I remember my Tolkien lore correctly (Midnight, of course, will be different for legal reasons) orcs are bred by Melkor as twisted evil creatures. They’re evil because they were made that way be a powerful force.

Balrogs even more so, right. They started out as Maiar, spirits of all sorts, but were then corrupted by Melkor. So, you, canonically in LoTR, Balrogs aren’t born evil.

I don’t think the bad by blood thing will cause too many problems going forward, in normal 5th edition–you can still have an evil country of orcs, but, have more recognition that there are non-evil countries, and non-evil tribes out there too. For Midnight, I think it could be dealt with, without too much difficulty. Off the top of my head (Rough ideas, not fleshed out), you could have the forces of Izrador/the Shadow suppressing the “good” orcs and others, through programs–similar to what North Korea does with most of its population, or China does with some of their minority… Read more »

I don’t think “bad by blood”‘ is going to be much of a problem really and require big changes, already the previous editions had orcish resistance against Izrador and they actually belonged to the fey (elves, dwarves, gnomes, halflings) of the world, just twisted and manipulated by the Shadow to serve his goals. 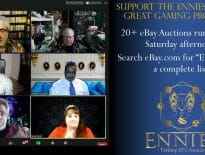 Tabletop & RPGs The ENnies 2020 winners have been announced, and a… 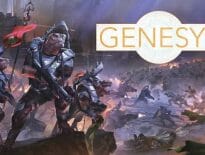