Disney+ has announced they’re getting the X-Men movies in the States this summer, starting with X-Men: Days of Future Past. The Gambit movie is, well, stuck without ever being made. This fan-made alternative will do for now!

There are familiar faces in this 20-minute short. Eric Roberts, of course, is Nicky Lonero. Canadian model Nick Bateman dons the duster as Gambit, Anna Butkevych is Magik, and Ellen Hollman is Rogue. Hollman was in NIC: New Orleans several times as Amelia Parsons and played Saxa in the TV Spartacus.

Gambit is mentioned on Bateman’s Wikipedia page as a 2017 project, but on YouTube, it has been released through the actor’s account with a premiere date of just a few days ago.

What did you make of the fan-film? Proof that Hollywood could make this project happened if they wanted to? If you’re looking for more superhero content, selected randomly from this year and Superhero Week’s gone by then make like Magik and try this teleport link or if you’re in the mood for another short film, try here. 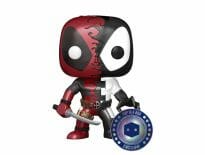 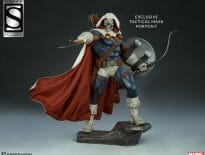