Last night, Paizo Publishing announced that Lisa Stevens would take a step back and that Jeffrey Alvarez would be promoted to President of the company.

Stevens will continue as a CEO for now, but the move is part of the planned retirement of the company’s founder.

Lisa Stevens said in the announcement;

When I started Paizo—18 years ago as of July 1!—I had a vague idea that I might work for about 20 more years before retiring. As we began to approach that 20-year mark, I started to make more specific plans for my transitioning away from the business. For the last five or six years, I have gradually given Erik Mona and Jeff Alvarez more parts of the business to run, along with more control of the decision-making processes. I feel that it’s time for me to formally acknowledge these changes that have been an increasing reality for years,”

I am now officially stepping back from the day-to-day running of Paizo and focusing primarily on the strategic aspects of the business. Jeff Alvarez is being promoted to President of Paizo Inc., responsible for the company’s regular operations. I am continuing in my role as CEO, though when I fully retire sometime in the next few years, Jeff will also take over that role,”

Lisa Stevens was Wizards of the Coast’s first full-time employee. Previously, she worked with Jonathan Tweet and Mark Rein-Hagen at a games publisher called Lion Rampant. Everyone there was a volunteer, and together they managed to publish the highly acclaimed Ars Magica.

It was Stevens who pitched the idea of merging Lion Rampant into White Wolf in 1990. She joined Wizards of the Coast later, was vice president when they published Magic: The Gathering and ran the RPGA and Greyhawk campaign setting after WotC bought D&D publisher TSR.

Paizo was founded in 2002, about two years after Stevens left Wizards of the Coast and took control of the license of the Dragon, Dungeon and Star Wars Insider magazines.

Then, in 2009, Paizo published Pathfinder. Sometimes known as D&D 3.75 back then (a step between D&D 4 and the more popular D&D 3.5), Pathfinder was the best selling RPG from 2011 to the summer of 2014. It has held second place in ICv2’s sales data most years after that, although its sci-fi sibling Starfinder has occasionally taken that slot from it.

Erik Mona, publisher and Chief Creative Officer, continues to call the shots on what Paizo publishes and when. 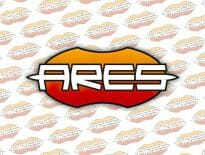 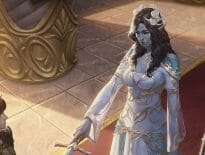