It’s good news as all of the anime featured in this week’s Irregular Reconnaissance get rated as “Good”, or thereabouts.

We’re looking at new shows like the surreally magical Dorohedoro which feels so different and unique, as well as new shows like A Certain Scientific Railgun T which is safely familiar but still very good.

Of course, there’s confirmation basis at play. This reviewer tends to pick shows that he thinks he’ll like. Successes are more common than disappointments in Irregular Reconnaissance, but the average scores over the last few instalments have been edging down, and we’ve found a few anime that have not made the grade. It’s good to see a column in which all five shows get such a high score.

As ever, Irregular Reconnaissance is made better by your own reviews. Which anime titles have you seen recently, new or not, that you think deserve to get a mention?

Dorohedoro has a claim on the best opening scene in anime history. I don’t mean the intro, I mean the first clip you get of the show.

There’s a masked man, bleeding, injured and staring at you. It’s clear that you are inside some huge crocodile-like mouth, you’re looking at him, and he’s terrified, trapped between those deadly teeth.

The scene cuts. It’s a fight and, yes, one of the combatants as his head inside a crocodile-man’s fierce mouth. We’re soon back inside the crocodile-man’s mouth were someone else seems to be rising up from inside the monster, a human-shaped shadow, who dismisses the trapped victim with an “It’s not you”.

There’s plenty of blood and guts in Dorohedoro but watch it if you can. It’s the story of the people of the cityscape Hole dimension against the sorcerers who come to experiment on them and test their cruel magic.

Carole & Tuesday is all the proof I need that I don’t need giant robots exploding under the curse magic of powerful wizard-ninjas to hold my attention.

This delightful show, with only low levels of jeopardy and physical danger, is all about two friends trying to make music.

The young women are known to the people of Mars by this part in the series, but their rivals are better funded and even more famous. Carole & Tuesday find their success on a shoestring of funds, by having some great friends and good music.

It’s actually the music that helps make this anime so successful. I’d hesitate to call it a musical. There are no long musical numbers. Instead, all the music we encounter is truncated to about a minute. That’s enough to bring the song to life, tell the story and let the plot move on.

I was worried that Scissor Seven, a surprise hit with me (eventually) with season one, was going to be a one-trick pony. It’s not, there’s enough new and enough evolution of the story in season two to keep my interest, but it’s noticeably short at only ten episodes.

Seven is the strongest hairdresser on the island. That’s a bar set purposively low, although it turns out that there are some fierce other hairdressers around. His boss, a small blue chicken, would like to earn some more cash and so hires Seven out as an assassin.

It turns out that Seven is both a terrible assassin and might be, although he’s forgotten, an actual assassin. The second half of season two explores what happens when the real assassin’s guild gets involved.

A spin-off is rarely so much better than the original. A Certain Scientific Railgun is good enough to earn a sequel after sequel. I think I spy only one of the main characters from A Certain Magical Index in the opening sequence, only briefly, and he’s not showed up in the plot yet.

It’s early days yet, but we have some organisation interested in recruiting the most powerful psionics users in the city. We have friendships and characters recovering from battles in the previous series (S), and we have contents between schools. That’s a lot of set up, but there’s been plenty of action too.

As ever, Mikoto (aka Railgun) is charming with her straightforward approach to life and honestly. Her friends are the ones with bubbling personalities, mischief and drama. Her frenemies, rivals at school, are similar.

In these episodes, Tower of God takes a darker turn. People die.

I wonder if this is going to be one of those animes that foreshadow the death of a character by stepping them up from the background, shining a light on for a while, exploring a bit of the back story and then killing off. I hope not. The pattern is easy to spot and becomes a bit of a spoiler.

There are layers in Tower of God which make it compelling. The next layer, as predicted, is all about getting up to the next level in the Tower. This means passing the tests that the school-like instructors have set.

If you just want action, then that immediate layer in Tower of God is good enough. However, the layer below that is why characters are climbing the Tower. Some characters act like jerks but have a good reason for being so. They’re fighting the system, and the Tower, the climbers in it, and teachers are the system. We have that motivational battle to watch unfold.

Lastly, there’s the politics and power behind the Tower. We’re only getting glances at that, but it looks delightfully evil.

Let us know which anime shows you’ve seen recently and which rate as a hit or a miss in the comments area below. 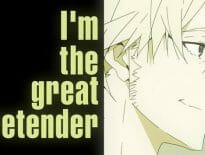