Cubicle 7 has the PDF form of Warhammer Age of Sigmar: Soulbound out in PDF, and that includes an immediate PDF copy for anyone who pre-orders the physical copy.

There are many more books planned for the RPG and Cubicle has published a list.

The Soulbound Starter Set will be a boxed edition with a 48-paged “learn to play adventure” set in the newly reclaimed city of Brightspear.

That adventure is accompanied by a 64-paged Brightspear City Guide which allows GMs to expand their adventures, provide some handouts, dice and pre-genned characters.

It’s expected that pre-orders for the starter set will open in Q3.

In the coming weeks, Cubicle 7 will give us all a free Soulbound adventure called Crash & Burn.

In Crash & Burn the characters set out from Hammerhal Aqsha on a Arkanaut Frigate bound for, you guessed it, Brightspear. If you thought travelling thousands of feet above Apsira would keep you safe…

Also in the next few weeks and bundled up as one package are the Soulbound GM screen and 25 one-page adventures set in the cities of Sigmar, Anvilgard, Brightspear, Hallowheart, Hammerhal and Tempest’s Eye.

Shadows in the Mist

Shadows in the Mist will be Soulbound’s first major campaign.

In Shadows in the Mist, the PCs must investigate the deadly and mist-shrouded streets of Anvilgard to break the stranglehold of the Blackscale Coil.

The campaign consists of six adventures and a 30-page guide to the city of Anvilgard. The first adventure is called Blood Tide, which you’ll get first and then the next adventures will be released every month after that.

Pre-orders are expected to open in Q3.

The Champions of Order book will expand on Soulbound as it offers up at least one new Archetype for each faction in the core rules.

Champions of Order will also introduce a new group: the Lumineth Realm-lords of Hysh. There will be rules for Stormhosts, Fyreslayer Lodges, Glades and other sub-factions as well as new Talents, Miracles, Endeavours and spells.

Pre-orders are expected in Q4.

Horrors of the Mortal Realms

Pre-orders for Horrors of the Mortal Realms may open for pre-order in early 2021.

New rules and Endeavours necessary for crafting aetheric devices for the Kharadron Overlords, as well as more Fyreslayer Runes.

The book focuses on the cogwork engineering wonders of Soulbound, also adding rules for Corsair wolf-ships, Arkanaut Frigates and other vehicles. Pre-orders are expected in 2021.

Magic gets a boost with Aretracts of Power. Pre-orders for this supplement aren’t expected to open until 2021, but these new rules arrive we’ll have Endless Spells, new powerful spells and the namesake ancient magical artefacts.

Are you an early investigator of Warhammer Age of Sigmar: Soulbound? What do you make of Cubicle 7’s most recent Warhammer RPG? 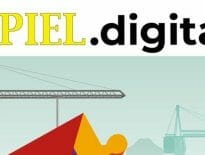 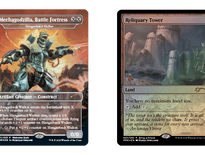