You play as a magical cat in Ursidice‘s Cat Power RPG.

The designer of games like Supernormal, S.C.R.E.A.M: The Horror and other games that come out once a month via their Patreon has a new tabletop mini-adventure about taking control back from a sinister enemy.

Here’s the blurb from DriveThruRPG;

The neighbourhood has changed. Power has shifted. Territories have been taken.

There has been a hostile takeover. What was once a patchwork of neighbouring of territories – with boundaries respected, but sometimes tested – is now a single, sweeping zone of terror ruled over by a mysterious new Enemy. Their Agents cover every corner and block the path to their villainous leader.

Old feuds must be forgotten, and disagreements put aside. It’s time for the cats to unite to overthrow this menace and get their gardens back.

The goal of Cat Power, from Ursidice’s design point of view, was to make a smaller game that made good use of brevity but also captured the supernatural aspects of cats.

I wanted to try and capture that aspect of cats where they can seem like fluid and graceful supernatural creatures, stalking across fences, but then end up arse over tit in a pile of bins making an awful racket, so… Mundane Actions and Cat Powers. You spend Cat Power to make one of your Feats happen, with no risk of failure, it just happens. When you’re out of Cat Power or you’re just doing normal cat stuff, you roll for Mundane Actions – on a 3+ you succeed, otherwise you do something embarrassing and make an awful racket. Running out of Cat Power also lets you have a scene where you return home and fulfil a need – Sleep, Food or Affection – hopefully oening the game up to some more cat/human interactions to have fun with.

The cats you see on the front cover of the RPG are special too. They’re all gamers’ cats (or keepers of gamers). After the call went out, followers on Twitter happily submitted images of their moggies to Ursidice.

If you’re not backing Ursidice on Patreon you can still get yourself a copy of Cat Power!. The download is a Pay What You Want (suggested price $2) for the 1-page PDF. 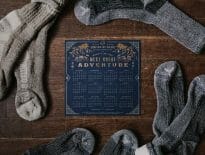 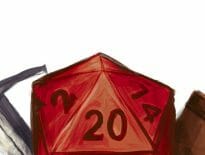