Having been a massive skeptic of VR in gaming since Sony’s project Morpheus turned out to be a VR headset, I must admit that my views on this have changed drastically.

This change is due to the release of what is, in my opinion, the most significant VR release we’ve had so far; Half-Life Alyx. I played this game on a friends PC after being pestered continuously to give it a shot, and I have zero regrets.

Admittedly the adoption rate for VR tech has been lower than expected due to the necessities required to utilise it. You’d need a significant amount of money to purchase a headset (around $250-400 depending on the model), a very spacious dedicated VR room free of furniture to avoid any injuries and a console or PC. Then there are the adverse health effects as some users reported neck pain and muscle fatigue from supporting the 650 GRAM headsets.

After a few conversations with fellow gamers, its become apparent most will not invest until the technology has advanced to a state where it is a sunglasses and AirPods combination (basically headgear resembling falcon’s in avengers).

Realistically the industry is far from that level, and work has begun to slowly lure gamers in through other methods, mainly producing killer VR only exclusives. Half-Life is the first major title to do so and the upcoming Iron Man to join those ranks.

This strategy has proven viable and has helped buoy Sony’s console to sell over twice as many consoles than the Xbox One (the ill-fated Kinect aside). Its been this shortage of must-have VR exclusive material that’s stunted the growth of the medium as a way to deliver even more immersive gameplay.

However, there have been a few great experiences on VR such as Resident Evil 7 that came with a VR mode and the Elder Scrolls V: Skyrim that patched in that option as well. Although we should not forget Tetris Effect, which is arguably the best game of 2018. The beauty that is Tetris Effect is unmatched, and the sound design unrivalled.

Even though these stellar games showcased some of the potential of virtual reality the fact that the VR mode was a patch (except for Tetris which was designed with VR in mind) prevented the hardware’s ability to showcase its industry-changing capacity.

There has been speculation about headsets replacing televisions for gaming in the future. Your TV at this time probably has better specs (4K/8K visuals with over 120fps at ideal operation compared to the 1080p 60fps 5.7 inch OLED display of the original PSVR and similar specs from the Vive Reality and Oculus Rift headset’s). Still, in future, this may balance out and considering that headsets currently offer a 100° field of view besting the roughly 60° view you get sitting directly in front of your TV.

The inclusion of VR in all games without including the gyroscopes/ motion sensors and instead allowing you to use your controller but have the action broadcast to your headset is a marvellous idea. And should it become a reality, it is one that I’m entirely on board with.

With the upcoming consoles launching at the end of this year, I still firmly believe both Microsoft and Sony have had to overhype rather straightforward upgrades to make the consoles seem revolutionary. They have done so to justify the next-gen tag attached to their releases.

The SSD’s are a great feature and the theoretical removal of loading times is excellent but when CD Projekt announced that Cyberpunk 2077 wouldn’t have loading screens even though it was designed on current-gen hardware made the fanfare around these drives seem hollow.

This new-fangled 3D audio should be great but isn’t revolutionary (the only real audio-related revolution is moving from no sound to sound), but rather only an improvement and this highly touted ray tracing to improve graphics seem similarly overstated.

Now I’m not saying better graphics aren’t great and all but for me, the whole 4K/8K resolutions over the already high 1080p has been producing diminishing returns since it started. Blame this on my uncultured and unrefined senses. For me, the difference between 1080p up to 8K is negligible as long as your screen has above 90fps and HDR. This so-called giant leap in graphics seems an over-exaggeration.

Consider that this generation of hardware has given is games as graphically stunning as the Witcher 3, the lustrous but flawed The Order:1886, Bloodborne, Uncharted 4, Forza Motorsport 7, the generation-defining Red Dead Redemption 2 and the upcoming Ghost of Tsushima.

Gauging from the visually breathtaking games listed above, you can see how this so-called next-gen leap seems like hyperbolae. Even the footage from Halo Infinite and Godfall running on these future consoles doesn’t look better than RDR2.

With this to ponder over and the knowledge that developer ability is more useful than raw power, you can see how the term next-gen is blown out of proportion. The phrase suggests truly massive leaps in terms of technical ability while what we’re getting is a small set of improvements.

I mean is zero loading screens so important when most games load in under 30 seconds giving you time to get settled/resettled if you’d been playing already, dash about the house to retrieve your headset and get your snacks handy.

Thus I believe the upcoming releases are more deserving of being a PS4 Pro 2 and Xbox One X 2 rather than new consoles on their own.

VR, on the other hand, has plenty of room to grow and develop aside from the general increase is resolution and framerates. There’s plenty tweaking of the handheld gyroscopes/motion sensors to make them work better, reduce latency, and provide a broader range of motion. The headsets have to get lighter and transition to utterly to wireless.

Wireless or any function that enables you to beam your game to your headset rather than a TV, letting you remain seated and using your controller to move is overdue. It solves the problem of the shortage of games to play on VR. Imagine RDR2 in VR!

VR display will get better with increased frame rates and resolutions. These are hardware applications we need to wait for engineering breakthroughs. According to Palue Blue, new processor and chipsets will be required first

However, with VR adoption rising in the business and industrial communities, huge leaps are to be expected.

When you consider that Facebook acquired Oculus, that Sony owns PSVR and Google and Valve are all VR developers, you can see how much financial backing these projects have. These corporations have reputations for innovation which should bode well for the future of VR.

It becomes evident that VR has the most room for improvement. The second generation of VR headsets will be an incredible leap in capabilities from the first. This upgrade will be the real next-gen stars of the upcoming wave of hardware changes.

About the author
Arthur Chigumadzi is a PlayStation trophy hunting, loudmouth gaming addict with zero Platinums. To get in touch with me follow me on Twitter @Arthur80185071 and we’ll get chatting. 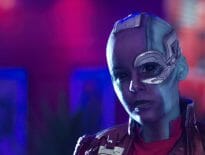 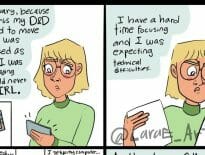