Iconiq Studios have the rights to a pop-culture legend – John Carpenter’s They Live. It’s a cooperative game in which you assault Cable 54, so you can broadcast the truth.

I said it was a cooperative game? Well, yes, unless some of the players are secretly Invaders out to sabotage the team effort. They asked for £32,000 to fund the project and with two weeks still on the clock have over £80,000 in pledges. You can follow the progress on the campaign page.

In the movie, a homeless drifter gets his hands on a pair of sunglasses which reveal a hidden world. Posters and adverts contain messages demanding our obedience and, worse, many people are exposed as skinless alien monsters.

It’s an invasion by stealth and a global conspiracy.

A pledge of £48 will get you the standard edition of the game; which comes with 6 dice and one pair of Hoffman Lenses.

However, just a step up to £56 gets you twice as many dice, glasses and an exclusive slipcase. That’s the tier I’m going pledging at.

£89 gets you the special edition Kickstarter copy and loads of glasses.

The game is due out December 2020, which makes it a tempting risk for Christmas gifts but Kickstarter regulars will stress just what a gamble that is. 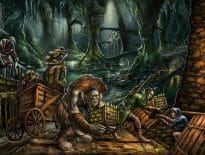 Tabletop & RPGs Ed Greenwood, the creator of The Forgotten Realms,… 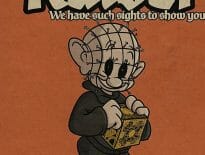