There are actual 100-sided dice available for tabletop roleplaying games, but they’re not very popular. Why not? They’re large, and with so many faces they’re very smooth and can take a long while to stop rolling around. It can also be a challenge to work out which of the 100 faces is actually topmost.

Most gamers prefer to roll two ten-sided dice instead where one dice counts for the tens and the other for the singles.

So, what does this result mean?

This gamer recognises the result as a 100. That’s the rules as written in D&D 5e. Page 6 of the Player’s Handbook says;

Straightforward? Not so, a discussion on the Facebook Group Dungeons & Dragons 5th Edition found no shortage of people who counted 0,00 as 10. An even larger number of people add alternative systems for putting a single dice with a tens dice together.

Many gamers stress, there’s no wrong way to run your game. If you have an alternative way to reading the dice and it works for you then good.

Other systems have their own rules and ways of the reading the dice too. It’s worth checking.

However, some D&D beginners in the Facebook group said they rolled the dice one at a time and stopped if the first dice rolled 00 because that would mean the result had to be 100. That’s not mathematically the case.

Update: The “Singles before tens” table needed to be updated to show the alternative logic discussed in the Facebook group.

I don’t understand the difference between SINGLES BEFORE TENS and IGNORING THE ZEROS? They seem to be different names for an identical concept.

facepalm You’re right, sorry about that. I had the same table in twice but I found the alternative method being discussed and updated it now. 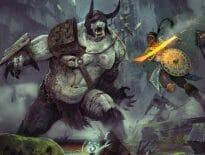 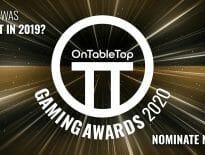