Hammerdog Games makes games like The Dread House and the megadungeon The Grande Temple of Jing.

However, Hammerdog’s boss, Danny O’Neill, has been working on Denoa since 1989 and it’s already an influence on games the company has published.

The first trailer for the tabletop RPG is out. It’s letting us know that there’s a Kickstarter coming on the first day of 2020. That’s an easy date to remember, but I suspect this blogger will be nursing a Hogmanay hangover so will check it out later that week.

If you’d rather not take the risk of missing out, then you can sign up for alerts at Denoa-RPG.com.

There’s even a World Anvil for Denoa but it’s a placeholder. 11 people are watching the project, though, according to the site which must be a good sign. 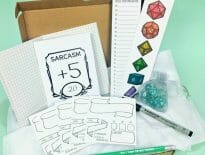 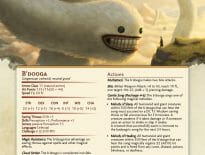