Author Gunnar Roxen has today launched the second edition of the RPG based in his fast-paced sci-fi world. Broken Shield 2.0 is a deluxe edition of superhumans, living gods, police and spies in a dangerous future version of London.

Geek Native was able to speak to Gunnar about the book and land the chance to preview a little of the book. You can see that below.

With the launch of the second edition of Broken Shield I’m setting out to build a science fiction world that one day (should I be fortunate enough) will be as detailed a setting as Lord of the Rings or Dune. Broken Shield and my novels are a passion project for me. I wanted to fuse my love of RPGs which I’ve been writing and playing for over thirty years with the experience I gained designing videogames for almost fifteen years.

I wanted to blend the wonderful graphical work of artists like Ron Cobb and Syd Mead with a fun and fast game system that would support almost any kind of science fiction adventure. So, we spent the last five years designing a new system from scratch and running many hundreds of play tests to make it really flow well – it has just the right amount of crunch! We’re starting with cope and agents but will be adding marines, deep space rescue, pirates, priests and more! I’ve even created an entire language and grammar for one of the new species of humanity (seriously!)

I started with my first two novels, tried to release the first edition (publisher problems kinda scuppered that so I took it all back in-house to do it right) and I just want to find the other gamers out there who fancy sharing the world with me. My games don’t have to appeal to everyone, but I want those folks that they do appeal to, to be able to dive in as deep as they like!

We’re not a big company – our entire team is just three people. Like many designers we are doing it because we are driven to.

The Broken Shield Roleplaying Game: Deluxe Edition Core Book is 364-pages of cull colour content including Issue #1 of WeaveNet Now! which is an in-universe magazine designed to be packed with story hooks.

The game uses the HexDNA system that puts an emphasis on fast-paced “success with complications” outcomes.

Characters can be Echos, superhumans with power limited only by how much of their own life they burn up, genetically and technologically engineered Slivers who are fast, strong and deadly. In Broken Shield, characters can also be passionate Pures, tough Hulks or genetailored Gethans… or even regular humans.

The Insider’s Guide to the Steel Alliance, part of the book, showcases an interstellar empire created by twelve living gods which have now fractured into feuding states on the brink of another civil war. Only The Accord offers any hope of peace.

The Insider’s Guide to the London Metropolice has copper slang, rules for the law and the city’s crime fighters.

The Insider’s Guide to The Agency is all about the cloak and dagger spycraft used to either threaten or support the Accord.

The Insider’s Guide to London & Soho is the starting point for Broken Shield, and the book comes with maps for the mega city, locations, people, mission hooks and information on the borough of Soho & Victory.

You can get Broken Shield, the second edition, at DriveThruRPG. 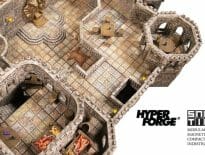 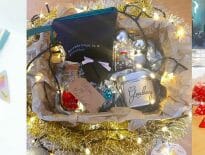