You are here: Home / Movies / Marvel confirms Spider-man: Into the Spider-Verse 2

The hugely successful animated Spider-man movie, Into the Spider-Verse, is getting a sequel. We’ll be in for a bit a wait, though, as the animation is scheduled for 2022.

Shameik Moore was cast as Miles Morales, a character created by Brian Michael Bendis and artist Sara Pichelli, who becomes Spider-man in Ultimate Comics: Spider-man. Moore will be appearing in RZA’s Cut Throat City with Terrence Howard, Ethan Hawke and Wesley Snipes, a film which is currently in post-production.

Marvel confirms Spider-man: Into the Spider-Verse 2 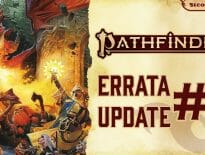