You are here: Home / Games / Tabletop & RPGs / Shadowrun 6e: Sixth World Beginner Box out in digital and off to a rocky start

The regular price will be $24.99, but the highly anticipated game is currently on a welcome offer of only $9.99.

This isn’t the core ruleset. That’s due out in Gen Con in August. The Beginner Box includes a Quickstart Rules (slimline basics), 4 character dossiers, 1 adventure, 1 reference card and 1 instant guide. The goal with the Beginners Box is to get people playing the game as quickly as possible, letting them get a taste of it so that one or more of the gaming group can buy the full rules when they come out next month.

Catalyst Game Labs have a pressing deadline. The world knows Shadowrun 6e is due out in August. That’s no arbitrary release date either, Gen Con is a huge show and having the core book available to buy for then will be a big deal.

Early purchasers of the game are suggesting that Catalyst Game Labs might just be feeling the time pressure. It looks like typos have slipped into the Beginner Box.

On DriveThruRPG Patrick M gave a 1/5 star review and wrote;

I want my money back. Not judging on the system itself, but on the non existing proof reading, editing and organization that has happened here.

They go on to say;

Have not even checked for further faults in the documents, as I’m totally disgusted by the lack of effort for any proofreading.

Meanwhile, in the discussion tab of the Beginner Box’s shelf on DTRPG, Dean S wrote;

Wow I was excited for a new edition of Shadowrun but a little disappointed now and more than a little worried about the Core Rules not too far away. Been going through the contents of the Beginner Box and I have to ask did anyone actually read this before it was released? Just going through the Pre-generated Characters and the Starter Rules and its full of mistakes and contradictions. It’s terrible.

It is, of course, early days. Digital products like this are quickly and often updated. It’s also true that the negative reviews tend to come earlier and more swiftly than the positive ones from gamers busy enjoying their purchase. Nevertheless, this is unlikely the first commentary Catalyst Game Labs would have wanted to see.

This won’t be helping the deadline pressure at all. Still, there’s all to play for until the physical and core rules print and ship.

Are you planning on buying Shadowrun 6e as soon as the core rules become available or will you now be watching the reviews for the Beginner Box more closely?

Shadowrun 6e: Sixth World Beginner Box out in digital and off to a rocky start 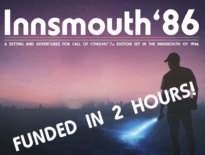 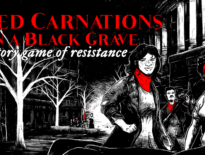 Tabletop & RPGs A story game of resistance: Red Carnations on a Bl…
💰 Copper Coins 💰 Geek Native is an affiliate and may earn commission on purchases you make from third-party sites.
🍪 Privacy & Cookies 🍪 The site uses cookies to survive. By accessing the site, you agree to use your browser to control cookie use or take 1d4-3 privacy damage (tracking). If you defeat cookies via ad blocking, please consider the Patreon. An intro to cookies, and how to control them, can be found here. I Manage Cookies