You are here: Home / Games / Tabletop & RPGs / The Fallout RPG is out, but it is hiding and masquerading as an expansion

Want the Fallout tabletop roleplaying game? Keep looking, ignore the distracting Skirmish game (or grab those free rules while you can) and only stop once you get to the Fallout: Wasteland Warfare – RPG (Expansion Book).

Modiphius explains that the RPG…

… builds on the narrative wargame experience of the tabletop miniatures game

I suppose that’s why the RPG is called expansion.

I’m a roleplayer first and rarely dabble with miniature games. In my mind, the minis are an expansion of the skirmish game, but I guess that doesn’t reflect the commercial reality of the product line. All Modiphius are doing are being transparent about the fact the RPG is there as an accessory to the product they’re really focused on. I appreciate the openness, even if I don’t like the priorities.

Can be played as a standalone product using free downloadable cards and a set of the Fallout Wasteland Warfare Dice sold separately.

The cards, I think, are part of the expansion PDF. Here’s what you get in the purchase;

Together, those give you;

Are you playing the Fallout: Wasteland Warfare – RPG (Expansion Book) without using the skirmish game? Let us know if it’s working or whether you recommend getting both games to play one.

The Fallout RPG is out, but it is hiding and masquerading as an expansion 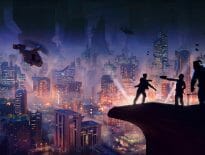 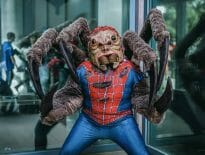