Moonflower is an RPG written by a team in South Korea and eschews standard roles like GMs and favours one shot. The pitch video is mysterious, promising and yet minimalistic and reveals very little. You can read more about the game over at Kickstarter.

The art shown on the campaign page looks very promising. It seems the simple video pitch was done as a choice, not because Magister Ludi didn’t have access to illustrations.

Moonflower is a game of impossible journeys. Players travel to the Moon to search out and get aid from the Gardeners who tend the world. There’s an unnatural blue flower spreading across the Garden, and it threatens everyone.

The traditional GM role is distributed to all the players and, as a result, favours one-shots. Players will be Pilgrims, Blueflower and Wildflowers but, at this stage, it’s not clear what that means.

The purpose of the Kickstarter is to make this edition as beautiful as possible (which makes me wonder whether there’s an earlier edition in Korea). That’s a goal I can stand by.

The ambition is to add a single-player expansion to the game, and that would be a great idea. There’s a lot of interest in solo-RPGs currently.

Are you tempted? Had you heard of Moonflower before? 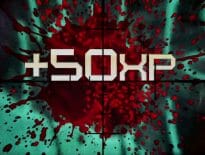 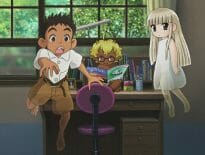 Anime The gorgeous Okko’s Inn tours the UK
wpDiscuzComment Author Info
Manage Cookie Consent
This site uses cookies 🍪, and links are ads that may earn bloggers some money 💰, and with this alert, I very much hope that these dark truths 🧌 are acknowledged.
Manage options Manage services Manage vendors Read more about these purposes
Preferences
{title} {title} {title}
Loading Comments...