You are here: Home / Books / Competition: Win the Men in Black International novel

Starring Thor’s Chris Hemsworth as Agent H and Tessa Thompson as Agent M, Men in Black International is out in the States and in cinemas in the UK.

The whole Men in Black agency around the world is in crisis mode because it seems someone, one of their own, is secretly cooperating with a dangerous alien race known as the Hive. The whole universe is at risk.

Fans can also pick up the offiical novel from Titan Books which was released this week or grab it on Audible. There’s a bit more in the book than there is in the film (but isn’t that often the case) as R. S. Belcher novel includes a short prequel about Hemsworth’s Agent H.

Thanks to Titan Books, Geek Native has one copy of the novel to give a way to a winner in the United Kingdom. Could that be you?

To enter the competition log into the widget below (it helps manage the logistics) and answer the poll question. That’ll earn you some points. Each point you have is a chance of being the lucky winner.

What’s with that weird question?

It sure is a weird question. Geek Native doesn’t run competitions where you need to spam your friends on social media to enter. Instead we ask quirky questions and write up the answers later.

That’s how we know that readers are divided over whether we’ll find aliens in our lifetime or that people would rather spend their afterlife with gamers rather than sexy models.

Learn Japanese to Survive tempts me. 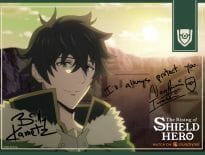 Anime Limited numbers of free The Rising of the Shield p… 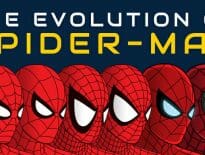