The traditional approach to tabletop roleplaying is to have one person as the coordinator acting as storyteller or Gamemaster and everyone else controlling player characters. Games like Ars Magica innovated by creating a system in which players needed multiple different characters.

On Kickstarter right now, from game designer Chris Longhurst, is Bleak Spirit and it’s an RPG that breaks that model.

In Bleak Spirit, only one player is controlling a character (the Wanderer), one player acting as the World and multiple players serving as the Chorus. After the scene has finished, people rotate roles, and the game continues.

Bleak Spirit is likely to fund. At the time of writing, there are still 28 days on the clock, and nearly £3,000 of the £4,000 requested has been raised. You can follow along with the progress on the campaign page.

A pledge of £12 will get you a PDF copy of the game. Bleak Spirit becomes the second Kickstarter I’ve seen to offer a ‘Hardship’ level too. If you’re in financial hardship then you can get the same for only £6, no questions asked. Right now, 38 backers have paid the full price, and 15 are taking advantage of the hardship tier. Make of that what you will.

Stepping up to £24 gets you a softcover of the book, and £34 gets you that and Special Cards too.

So, how does Bleak Spirit with its solo Wanderer work? It’s about discovering lore as the adventure story unfolds. The World describes the scene, the Chorus assists and the Wanderer finds some new lore. When this happens, everybody secretly writes down what they think that lore means.

Do you think that might work? A communal story and then some sort of comparison of ideas at the end (I assume)? Is this a way to take the pressure of the same person being the regular GM again and again? Will the Wanderer be too inconsistent in their actions for any story to be satisfactory?

Let us know if you’re planning on backing or have any thoughts on Longhurst’s concept. 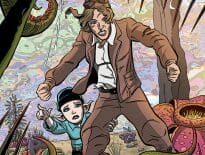 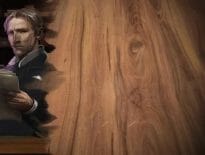