Barrage from Cranio Creations was once rated over 8/10 at Board Game Geek. That score persisted long enough for search engines to recognise it. Today, the score is fast approaching 6/10.

Why is the approval rating for the game plummeting? Is it because some horrid flaw has been found in the game which ruins it for everyone? What’s triggered the flood of 1/10 ratings on the hugely influential site? The sudden influx of poor scores has dragged the average down by 25% already.

Barrage is a Kickstarter that raised €431,901 from over 4, 000 board game geeks and which said the delivery was expected in April 2019. It’s now mid-way through June, and some backers haven’t got the game yet.

Many of the 1/10 scores at Board Game Geek are from gamers who have never played Barrage yet and are angry about it.

Kickstarter’s are often late, sometimes very late, so a delay of a few weeks unusually creates such anger. However, there are now over 6,000 comments on Kickstarter from protesting backers.

What have Cranio done to deserve this extra level of outcry? Backer Bernhard W explains it is what Cranio haven’t done: communication.

… it has to do with Cranio’s lack of communication.

First, several things were promised to be in the game during the campaign, and backers had to find it out for themselves that Cranio left them out. They admitted finally in an update to have downgraded certain parts – no UV spots on the 3D map, thinner cardboard everywhere (2.5mm for 3D/faction boards/wheel instead of 4mm, 1.5mm for punchboards instead of 3mm), among others. However, Cranio did not explain why they did those changes and why they thought it to be ok not to consult backers first, so that’s a reason for backers being angry.

Not all of Barrage’s backers agree with the tactics of the protest, though. The 1/10s scores have nothing to do with the gameplay itself. The low scores are due to concerns about the promise versus expectations of the game and the lack of customer service around the Kickstarter.

The protest has led some to suggest that Board Game Geek should consider suspending ratings until after fulfilment on any game has been complete. This would, though, be a considerable extra admin for the site and who would the burden of proving fulfilment fall on? Backers, the publisher or Board Game Geek themselves?

What do you think? Do you support the protest or is the manipulation of the game’s score on Board Game Geek inappropriate?

This is ENTIRELY the wrong way to protest.

It always bugged me that you could vote on a game before you played it, to me the vote should come from your plays, and your score scaled by your BGG interaction, so dud accounts that vote 10/10 for only 1 game would barely count as a 7.5..

I like the idea of scaling the weight of people’s votes based on how regular they are to BGG. One downside to it is that either BGG reveal the maths/rules behind the scaling and accept some people will use that to game the system or they hide it and accept that some people will accuse them of rigging the votes.

What about all the positives notes from people who doesnt play the game or test 1 round… is it fairer 1/10 to react against bad behaviours i the community or a 10/10 just because i paid for it or i am part of the project and i want to impulse my game….? Cranio was/is not taking into account the proposal and ideas from backers, they promised lot of things that arent there at the end. They are not able to say if the game are shipped or not (1 month ago they upload pictures from backers receiving games…. but now… Read more »

If you’ve not played the game then don’t pretend that you have and offer up a rating.

Don’t try and blackmail anyone or any company.

If you’re able to cope with a six week delay on a Kickstarter without losing your shit then you should think carefully about whether you back anything on Kickstarter again.

They made a hard promise about the delivery.
They pointed this out in a video message the game whas ready to produce.
In exchange they did not allowed group pledges wich other creator’s most of the time do offer.

They should add a publsiher rating.
Think that pretty much solve this.

Rating :From BGG
We cannot and should not dictate how you rate your collection. Everyone is allowed to rate any game whatever they want for whatever reason.
https://boardgamegeek.com/wiki/page/BoardGameGeek_FAQ#toc14
Each user is encouraged to rate games based on their own opinion of the game. As such, different users may assign different meanings to the 1-10 scale. There is no official or set algorithm in place by which users are expected to follow.

Thanks for sharing that. A clear cut position from BGG.

You are very welcome!

I’m a backer and although I don’t think the game will look nice I would not rate it until I’ve played a few times. I’ve read the rules and the game sounds incredible. I’ve even helped Cranio with communication until I was sidelined and ignored since. The things I’m not happy with are the way they’ve constructed the 3D board which looks more like a prototype and the wheel. The spokes on the wheel look quite thin and will probably warp upwards which leaves a problem with the other cardboard pieces which sit between the spokes, they could easily slide… Read more »

Cranio’s CEO popped on to rate it 10/10 among a slew of new Italian bgg accounts rating it 10/10, so I’m not sure they have some moral high ground.

I wish you guys would have highlighted the production problems, including the garbage wheels, coin numbers that don’t match the component list, the utterly embarrassing 3d board, the KSE box designed for the 3d board that DOESN’T FIT THE BOARD and more. 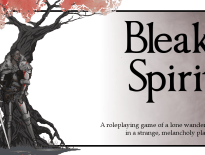 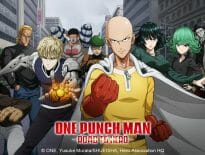