What’s this? Another issue of Irregular Reconnaissance and after only a week? That brings the average amount of time between articles to merely 500-ish days. As you would expect, issue 33 picks up from issue 32, but while we’re still in catch-up mode, we’ll be treating entire seasons to mini-reviews.

Here in the Irregular Reconnaissance scout report, we whiz through five different anime titles (give or take) to dish out quick observations and recommendations. The final verdict is reduced to a single question – is this a recommendation or not? The answer is less than a line of text.

Quick scout reports are increasingly useful as anime’s popularity means there’s more and more of it available outside Japan. As companies compete to build streaming platforms, each trying to take a share of Netflix’s market, the landscape becomes more fragmented. Netflix itself spent $8 billion last year, a chunk of which was reserved for anime, and there’s more to watch than ever before. It’s easy to miss the good shows. If you’ve a recommendation – either for an anime series or against it, let us know in the comments below.

Re: ZERO – Starting Life in Another World –

Move over Log Horizon as you’ve been replaced as my favourite ‘hero wakes up in an alternative fantasy world’ anime.

This is an incredible anime. It’s funny and horribly dark and brutal at times. Expect lots of death. What happens if you die in a computer game? You get to try again, right?

The supporting cast is brilliant, Rem and Ram, the two maids, are fast becoming superstars in their own right – because they’re hugely fun and possible to cosplay.

Status: Strongly Recommended! Watch it if you can.
Where: Crunchyroll | Amazon

It’s the last quarter of the second season of the successful The Asterisk War series and the writers are trying to add some gravitas.

To date, we’ve seen college kids with magic-like fighting abilities compete in arenas. They’re a proxy for the conflicts and politics for the new era Earth around them. In this segment, we leave the arena and zoom in to one of those political hot spots.

In a way, this last section of The Asterisk War feels off-topic and distracting. This isn’t what we’ve been watching the show for up until now, why the new direction? I found those concerns quickly addressed, though. After all, the implicit premises of The Asterisk War always has been about the larger picture to which our heroes know nothing about and which they might get tangled up in.

The characters are as quirky and as punchy as ever before. The mythos in the world is revealed to us at a steady pace. This keeps our interest and does not give away too much too soon. It’s a thumbs up from me.

Kiznaiver is set in an uncertain future. The city is called Sugomori, and it has been built over, well, something. The ruins of a previous super city? It looks ideal at first, but it’s ruled with an iron fist from the shadows.

The anime follows a schoolboy called Agata Katsuhira who can’t feel pain. It turns out he’s not alone, there are other ‘Kiznaivers’, and they share each other’s pain. In fact, several of his classmates are part of this group.

There’s a host of characters you’ll support and love to hate in equal measure, and the plot is tightly bundled. Kiznaiver does in 12 episodes what another anime might have taken two seasons to do.

I think the combination of drama, action and mystery will keep you watching.

Status: Good one, worth watching.
Where: Crunchyroll | Amazon

There are plenty of super fans for Koihime Musou but I’m not one of them. I gave it the standard three episodes to grab my attention and that was all it got.

The anime dates back to 2008, but I think it feels older than that in both story and style. We’re supposed to be following Kanu on some sort of journey connected to the fact that bandits wiped out her village. Doesn’t that feel like a cliche D&D character background to you?

Crunchyroll has the series tagged eroge and ecchi. That’s hard to take seriously.

The line “That was the day our world ended for the first time,” is used in the opening montage that explains the anime. +2 clever points.

I liked Qualidea Code. On the surface, it’s a familiar premise with a school of gifted young adults doing two things at once: fighting off alien invasions and the relationship dramas of coming of age.

Status: Yes, watch a few episodes to get into it.
Where: Crunchyroll

Disagree with any of these mini-reviews? Got hidden gems that deserved to be discovered? Let us know. 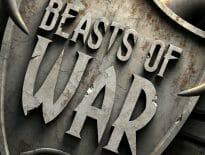 Sites Beasts of War rebrands to OnTableTop to avoid YouT… 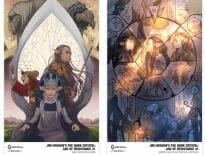