You are here: Home / Games / Tabletop & RPGs / Does this algorithm know your taste in board games better than you?

On the surface Board Game Crate looks like a standard subscription service, Loot Crate style, business.

You know the deal; you commit to regular monthly payment and exchange they buy in bulk, secure discounts on board games so that they can send you games cheaper than you would be able to find and still turn a profit.

There are two problems with that oversimplification; Board Game Cate doesn’t work like that, and then there’s the matter of their rather smart algorithm.

When you join Board Game Crate, there are several packages to pick from. You might put a cautious toe in the water and subscribe only to get a box full of new games every few months, or you might go hardcore and sign up for a crate of games every month for a whole year. Whichever option you pick you’ll get a profile at the site and access to Dirk.

Dirk is the algorithm which learns what sort of games you like. Board Game Crate describes Dirk as a self-coded AI. I’m going to be a pedant and describe Dirk as a helpful algorithm.

Tell Dirk what games you have and the algorithm will compare them to the list of features and qualities associated with them to work out what they have in common, and therefore what sort of games you like.

Can’t be bothered to enter all your board game data? You may not. Dirk chats to Board Game Geek via their API. If you’ve told Board Game Geek that you have the game, and if you authorise the connection, then Dirk knows too.

It’s this ability, Dirk’s expertise, to work out what board games you will probably like that helps set Board Game Crate apart from other subscription models. They don’t do themed months. They don’t have good months and bad months. Each crate you get will have board games of a higher retail value than your subscription fee, and each of those board games will be demonstrably an excellent match to the sort of game you like to play.

Changes coming to Board Game Crate

That may sound a bit of a chicken and an egg problem to you. The only way to see if Dirk can pick out good games for you is to sign up to Board Game Crate.

Speaking to Geek Native at UK Games Expo this year, Phil Collins, the Managing Director and Lead Game Purchaser, told me changes are coming to Board Game Crate.

They’re going to make Dirk feely available to anyone. There isn’t a timeline on this year, and the two currently announced enhancements are ahead of this project in the queue, but at some point, you will be able to create a Board Game Crate profile for free and see if the algorithm can make sensible game recommendations to you.

The two publicly announced improvements to Dirk on the road map is the ability to set preferences around the age range of games received and of how long the length of time the games in your crate should take.

As a result of these changes, Dirk is likely to get access to more data and therefore make better decisions about game selections for people. As Dirk improves, Board Game Crate may well recruit more customers, which, in turn, will help Dirk grow even smarter. If this cycle kicks off, then Board Game Crate might well find themselves in a strong position among a sea of Kickstarted board games and we, the gamers, might have an essential ally in sorting the fair games from the great ones.

Does this algorithm know your taste in board games better than you? 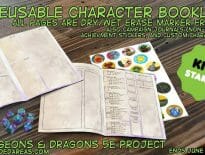 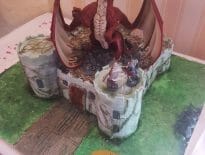