You are here: Home / Games / PC / Keep your eye on the Roadwarden

From Moral Anxiety Studio is a project called Roadwarden. You can’t play it yet, but it’s one to watch as it seems to blend together genres while casting their tropes aside. There’s a demo.

We could call it interactive fiction. Roadwarden uses pixel art, no voice acting and there’s been no definitive direction on the musical score. In contrast to the simplified visual style, the dialogues are complex, and there are RPG-like mechanics.

In fact, you have character abilities, hit points, some system mechanics and time restrictions. That’s beginning to sound like a full blown RPG now.

When the player meets a new character, they have one of five attitudes to pick from in the way of a reaction. These are; friendly, playful, distanced, intimidating and vulnerable. This choice will influence the whole conversation that happens after that.

Another advanced feature is the ability to type in solutions to problems. This is the mechanic used by very early text adventure games and players had to think hard to guess what commands the programmers were expecting to receive.

Roadwarden is being coded by Maciej Aureus Gajzlerowicz. It’s a big project for any one person, but updates often come via the Moral Anxiety Facebook.

There’s also an Itch.io page for Roadwarden with a lot of very positive comments about the demo. In fact, I noticed one from Gunnar Roxen of The Wyld Hunt.

Will it be a hit? Roadwarden looks stylistically exciting but so did Maciej’s first game Tales from Windy Meadow. In his own words, Tales “was a beautiful flop.”

Keep your eye on the Roadwarden 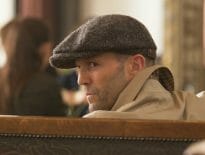