Th3rd World Studios’ cooperative, adventure card game is doing well on Kickstarter. As this post goes live, there is still a month to back the project, and nearly 500 gamers have. The result? $20,000 raised on the $10,000 goal.

The pitch video is about impact; showcasing the fantastic art on the cards with the support of a cleverly picked backing track.

The rule book is published here, so you can take a look at the mechanics of Charmed and Dangerous: The Sisters Grimm as carefully as you want.

Charmed and Dangerous: The Sisters Grimm is a card based system, with cards for the four princesses (the PCs of the game), for the villains and others for the twisting thorns and winding forest that acts as the villains’ lair. Power up by defeating the minions of the villain as you progress through the grid.

Rob Gallerani designed the game. His background is in computer games; Tony Hawk, Guitar Hero, Skylanders and even Destiny. That’s an impressive line-up. He’s started to focus on tabletop, board and card games of late and so we may see more from Th3rd World Studios in the future.

The artists on the project are Sorah Suhng and Renae DeLiz. Both have equally impressive records as illustrators in the comic book industry. DeLiz writes too; The Legend of Wonder Woman.

A pledge of $20 will get you a retail edition of the game and all stretch goals while $30 gets you the premium edition. Most current backers are pledging higher than this in order to secure the play mats also on offer. 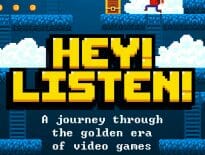 Books Level up your computer game trivia: A review of He… 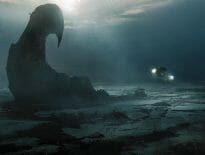