Ana is one of the founding members of Overwatch and has grenades that can heal people. Underneath that eyepatch is a bionic eye as good as most sniper scopes. She’s a deadly shot.

The cosplayer is Florencia Sofen who’s appeared on Geek Native before as Raven.

This Ana cosplay, like Raven, was shared by Florencia to Reddit. There’s an easier way to keep up with Florencia’s amazing cosplays than just hoping she’ll post again to Reddit. You can join the 22,000 people following her on Facebook. She’s a talented creator and a recommended study if you want to improve your own cosplay.

The photographer on this shoot is the talented Fali Ruiz-Davila. Getting a good photographer is paramount for cosplayers in the big leagues. 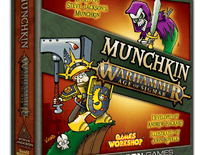 Tabletop & RPGs Warhammer: Age of Sigmar Munchkin is out this year… 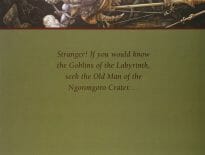