The best selling family RPG of 2018 at DriveThruRPG was Amazing Tales. The $6 RPG has just achieved what only 0.03% games at the store have been able to do – it’s turned Adamantine.

What does that mean? It means Amazing Tales has sold more than almost every other product at DriveThruRPG. To put it into perspective there are only 78 products at Mithral status, the level before Adamantine, and only 727 Platinum best sellers or just 0.68% of games and accessories currently live on the site and there are thousands of products in the copper and silver categories.

Geek Native spoke to Amazing Tales’ creator, Martin Lloyd, and challenged him to come up with 5 reasons why Amazing Tales was amazing. First, though, you can get a feel for yourself with this exclusive preview.

An opinion piece by Martin Lloyd

Amazing Tales is simple
The rules for Amazing Tales fit onto a single page of the book. They are fast, flexible and easy to learn. Characters are defined by four skills, each skill has an associated dice. To succeed at a task, select the appropriate skill, roll a dice and get a three or more. If you pass, you succeed. If you fail. Things get worse.

That’s more or less it.

Amazing Tales is flexible
Those four skills can be anything you want. One could be ´Awesome warrior’, the other could be ´Commanding my giant robot army´ and a third could be ´Speaking languages´ and a fourth ´Doing magic´. Characters in Amazing Tales can be, and do, anything. Talking animals, ghosts, aliens, and everything in between have been characters in games of Amazing Tales.

This isn’t a game that cares about power balance, because it’s designed for a GM and just one or two players.

Amazing Tales is fast
With simple, flexible rules a whole adventure, including character generation can be crammed into 40 minutes or less. Keeping the mechanics simple shifts the focus to the story, a story that can unfold in more or less the time it takes you to tell it.

Amazing Tales is for kids
Amazing Tales was written to be played by parents with their kids with the goal of fitting a game into the time it takes to tell a bedtime story. That’s not only why the rules are super simple, it’s why the games ethos is about zero preparation, improvised play,. If your kids want to play a game, they don’t have time to wait for you to read a module before things start.

Amazing Tales has been played by kids as young as ´nearly three´, although the recommended age is four and up, and it has proved a hit with much older kids. Best selling sci-fi author Cory Doctorow entertained his 10-year-old daughter with the game as they travelled around New Zealand on a book tour. Indeed plenty of parents have reported playing Amazing Tales on car journeys as a way to entertain the kids – if doing this, have the kids roll the dice by keeping them in a sealed, transparent cup and shaking it.

Amazing Tales has been adopted by adults
Some parents have been so blown away by Amazing Tales they´ve adopted it for their adult gaming groups. For fast running, pulpy adventure, swashbuckling tales or over the top action movies it hits the spot. While adult groups tend to start adding house rules to handle some situations most groups elect to keep things very simple.

If you’re curious to learn more about Amazing Tales you can watch a full game in the video below.

Amazing Tales earns Adamantine: 5 reasons why the RPG is amazing

Tabletop & RPGs Too smart to be true? A book of flat maps for your… 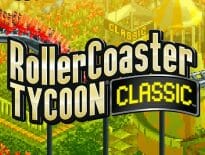