Geek Native’s quick analysis of DriveThruRPG’s New Year, New Game! sale pointed there are two types of discounts available; the traditional money off a popular RPF and the newer bundle deal. One of the headline bundles is Pugmire from Onyx Path Publishing.

There are 10 Pugmire items in the bundle, including the Pugmire core rules, and while the headline discount is $9.99 it’s worth noting that the reduced bundle price. If you had to buy everything separately it would cost $15 more.

Pugmire is an RPG set after the Ages of Man have ended and new races have evolved. The dogs of many breeds now work within the tenets of their religion, with politics and adventure to rescue relics of fallen kingdoms and keep their borders safe.

It’s a family friendly RPG but it isn’t a joke and nor is it entirely light-hearted. Dangerous monsters roam the landscape.

Is Pugmire just a joke of a game?

It’s a quirky concept but it’s not a joke. Designer Eddy Webb has tackled this misconception in different blog posts over at Onyx Path Publishing. In a post titled “Why Pugmire is not a funny dog game” he noted;

Let me start by spelling it out: Pugmire is ultimately about the power and danger of nostalgia. Everything (intentionally or unintentionally) points back to this concept, whether it’s the fact that dogs worship an idealized humanity or the intentional use of Dungeons & Dragons as a mechanical base. That’s the secret lurking at the heart of this world — Pugmire is built to evoke fondness for what has come before.

Later on, he followed up with a sequel comment called “(Flashback) Is this a joke?“;

Similarly, the game does have humor in it, but I maintain that it isn’t a funny game. We as players laugh at the idea that there’s a religious tenet of “Be A Good Dog,” but the characters in the world take it very seriously. It’s somewhat like the humor in Paranoia, although over the years its parody meta-humor has bled into the game itself. Again, if some folks see funny bits, it’s easy to mistake that the whole game is a joke.

A good way to get a feel of the game is to watch it being played. As it happens Pugmire Kickstarted just as the live streaming phenomena was hitting high gear and we have a recording from The Gentleman Gamer that features Eddy Webb himself.

Geek Native has also reviewed the game. In Will you be a good dog? there’s a section about the atmosphere of the game.

My first reaction to discovering that the default baddies were unseen demons (which lore claims mankind knew nothing about) was that Pugmire could easily be quite dark and terrifying. The dogs and necromancer cats might all that is left of a once proud civilisation brought down by twisted creatures.

The RPG does not play out like that, though. While it is possible for the storyteller to run such encounters and while I’m sure possessed dogs will be a common foe, the flavour to Pugmire is much lighter and more about adventuring.

As a wildcard discovery, it is noted that Onyx Path Publishing has a Redbubble store with a healthy collection of Pugmire merch. You can check it out here: Pugmire merch.

Geek Native also uses Redbubble and so keeps half an eye open on discount codes and coupons. If there’s a discount we know about today then it’ll be featured below. 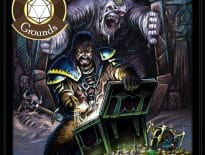 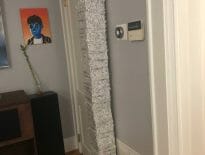