You are here: Home / Games / Tabletop & RPGs / Can you sleep in armor?

The question “Can you sleep in armour?” tends to be asked by tabletop roleplayers. It can be a big deal and an awkward one to answer.

For a start, sleeping and getting dressed is often abstracted away by many gaming groups.

There’s also the issue of GMs having meta-knowledge. Who wants to deal with a situation where a player insists or worries the orcs only attacked because the GM knew the characters weren’t armoured? On the other hand, isn’t setting up guard duty and surviving trekking across dangerous terrain a big part of many games?

In Dungeons & Dragons 5e the rules as written (RAW) did not mention anything about penalties or impossibilities for adventures who tried to sleep in armour. That was until Xanthar’s Guide to Everything was published in 2017 and the optional Sleeping in Armor rule was added. It said;

Sleeping in light armor has no adverse effect on the wearer, but sleeping in medium or heavy armor makes it difficult to recover fully during a long rest. When you finish a long rest during which you slept in medium or heavy armor, you regain only one quarter of your spent Hit Dice (minimum of one die). If you have any levels of exhaustion, the rest doesn’t reduce your exhaustion level.

Is this right? Is it impossible to rest in armour?

Finding contrasting opinions on this is easy.

Some soldiers, back from modern wars and conflict regions, who are also tabletop roleplayers, have talked about how hard it was to get any sleep at all wearing their modern vests. There are also those who say rest was easy when they were tired enough. The same is true for recreationists who have replicas of medieval suits of armour; some say sleep is possible, others have tested and found it impossible.

YouTuber and D&D 5e player ‘Forge Your Journey’ tested the situation in response to Xanthar’s Guide to Everything.

He tried and failed. Kyle Kearney had a bash at wearing armour for a while, becoming exhausted through combat and then trying to sleep. He couldn’t.

Despite having a “shitty night’s sleep” Kyle, a fan of heavy armour insisted it should be possible. The argument is that if you’re wearing armour that was custom designed for you, as some medieval armour was, and if you are proficient in wearing armour then sleep would be more comfortable.

This is an easy argument to buy, and in game terms, it might lead to rules like; “This medium armour is so well designed that it counts as light for sleeping and recovery.”

Can you sleep in armour? Does armour rust in the rain? Can one person get into plate mail by themselves? These are all fundamental questions that are often answered incorrectly by gamers. Of course; depending on the game, it may not matter but the very fact that swords cannot pierce harded steel plate might be head exploding news for some.

Neither of these two videos addresses the question ‘Can you sleep in armour?’ But both are quick education into heavy armour. The first is by author Shad M Brooks.

The second is a compilation of clips and studies into the mobility of medieval plate.

Lastly, the Met Museum has this handy guide of commonly misunderstood facts about armour.

Do you have house rules governing sleeping in armour? Let us know in the comments below.

I just think that this is hilarious to think about in general. I would say that “proficiency” in an object, indicates that you have done an action or used an object so much that… you are proficient in it. Its a normal thing for you. Something you are used to. So the people who tried the armor experiments, I highly doubt they were proficient in it. People find sleeping with a CPAP machine hard at first. People have to practice sleeping on the ground. Why not have to practice moving in, and sleeping in armor.

Can you sleep in armor? 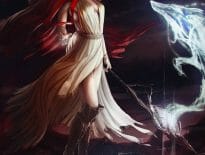 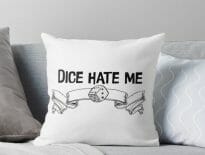