Five Nights at Freddy’s is a horror computer RPG set in a fictional restaurant. Actually, it’s a series of games, and in the first three, you are a security guard trying to survive after hours when the animatronic characters come to life.

This Halloween why not become a Five Nights at Freddy’s nightmare? [I want this one]

The game is an indie created by Scott Cawthon who’s done all the hard work as developer, publisher and creator. Amazingly, the games can now be found on Microsoft, iOS and Android and have spawned a series of books.

We’ve been collecting masks for years! Check out the The full collection! 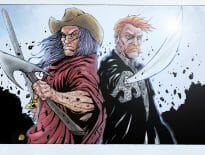 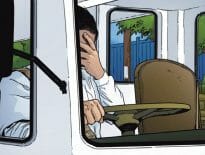 Comics What I wish I knew before my comic book Kickstarte…
wpDiscuzComment Author Info
Manage Cookie Consent
This site uses cookies 🍪, and links are ads that may earn bloggers some money 💰, and with this alert, I very much hope that these dark truths 🧌 are acknowledged.
Manage options Manage services Manage vendors Read more about these purposes
Preferences
{title} {title} {title}
Loading Comments...