I suspect Code Elektro’s “Shinobi” will be the backing track of quite a few tabletop sessions of Cyberpunk RPGs.

The story to the official video, just released today, is right out of a comic book or game. It’s the year 2753 and a one-eyed psychic seeks her revenge on the CEO of a company that killed her girlfriend. All she needs to do is infiltrate the mega corporation’s headquarters by getting past its robot ninja guards.

The CEO is played by Maximiliano Hernandez who has featured in Sicario, Walking Dead and Captain America.

Games WizKids do wrestling WWE style with a new miniatur… 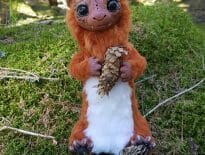