A strange mix of Sea of Thieves and Robot Chicken? No, this is tabletop games publisher Green Ronin’s forthcoming computer game based on their Freeport series.

Let’s be very clear. This video is an early preview of an unfinished computer game. It’s just exciting that Green Ronin is flirting with the computer game space in the first place.

The game is possible thanks to a partnership with Drowning Monkeys Games. In fact, if you want to find out more about Freeport: The City of Adventure then head over to drowningmonkeys.com/freeport for more. It’ll be Downing Monkeys making the game, after all.

Downing Monkeys say that the game is the result of two years worth of experiments on style, angles and mechanics. They want Freeport to look and feel like a tabletop game. I guess that explains why the animation looks like models.

How incredible would it be to have a magic table that comes to life as the Game Master describes what is happening? What if you could play a tabletop game with friends over the internet in VR?”

“These are the questions we ask to fans of computer and tabletop RPGs and these are the questions the Freeport Video Game will answer. This game is a wholly-new, fun, and unique approach on the CRPG experience. You play in a virtual room, hosted by a virtual Game Master (whose voice promises to be familiar to tabletop fans everywhere) on a virtual table. Everything that exists in real tabletop gaming; Dice throws, playing with friends, painting miniatures, dioramas, character sheets, etc. is represented in the play space.”

Freeport is nearly 20 years old. The first game, the award-winning “Death in Freeport” was published in 2000 and mixed classic fantasy with pirates and Lovecraft-esq monsters.

When I created Freeport, I certainly wouldn’t have guessed that it’d still be going 18 years later,”

“To see the setting thrive for all these years has been amazing. Now I’m thrilled we have the opportunity to bring the City of Adventures to video games.”

Requirements to play Freeport: The City of Adventure

You’re recommended to have a Windows 7 or Windows 10 machine with a 7th generation core-i5 processor, at least 16GB of RAM and a DX11-capable graphics card. 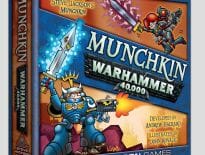 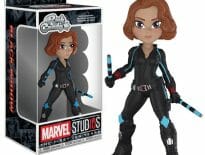