You are here: Home / Movies / Spider-Man: Far from Home logo

The deal between Sony and Marvel to bring Spider-Man into the Marvel cinematic universe is working out. Sony has a hit, and Marvel has their character back. There is no doubt who’s logo appears alongside the Spider-Man: Far from Home movie logo.

You can see this bold new Spider-Man logo over on the Spider-Man Movie official Facebook page. Gone are the curves and in are the embossed red letters.

I think the ‘splatter’ Spider-man logo in the O of ‘home’ is interesting too. It looks rebellious, almost like graffiti and it’s an interesting statement to be making just before the release of the Venom movie.

The other interesting comment is that there’s even going to be a Spider-Man movie in the Avengers universe. Right now, after the Infinity Wars, fans might be asking ‘How?’.

Of course, with this new actor in the role and a fresh reboot we knew there was bound to be a sequel. It’s just that we need some smart writing to work before we even get around to hoping Far From Home is as good as the first Holland Spider-Man.

Tom Holland is one of the many others returning. We’re expecting to see Zendaya, Marisa Tomei, Michael Keaton, Jacob Batalon, and Tony Revolori as well. 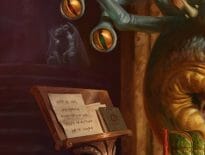 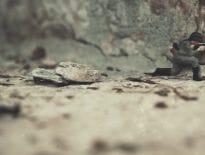