You are here: Home / Geek Stuff / Netflix gives us a proper Disenchantment trailer

Princess Bean (Abbi Jacobson), a small green elf (Nat Faxon) and a personal demon (Eric Andre) are the trilogy that makes up the core of Netflix’s new Disenchantment.

That’s right, after travelling to the future for Futurama, Matt Groening’s next animated series goes back in time and to a mediaeval fantasy past.

Netflix bought two series of the show in a single purchase. They’re not shy of ordering anime and committing to the titles that take off so if Disenchantment does manage to find even a fraction of the success The Simpsons have enjoyed then we should expect it to be looked after at the streaming powerhouse. 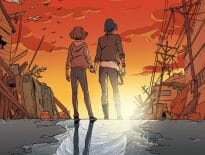 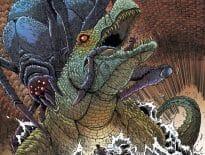