As it’s Superhero Week here on Geek Native let’s head to Kickstarter and see which RPGs might fit the bill. Eric Bloat’s OSR inspired ‘Survive This!!1 Vigilante City is an easy game to pick for the week as it made 100% of its (modest) goal in just 3 hours.

If you’re quick enough you can grab a sneak preview for free from DriveThruRPG.

A US$10 pledge will get you the core rules in PDF, and US$17 gets you the core rules and the villains Guide. Step up to US$19, and you’re unlocking the softcover 6×9 physical books of the Core Rules. At the time of writing most backers have gone one higher and are in for US$34 to get both books in print. The game itself promises to be a combat-gritty challenge invoking the spirit of the OSR community.

Alan Bahr, of Gallant Knight Games, is the lead designer and there’s a large team working on the book with him. It’s easy to see why backers are confident that this Kickstarter won’t leave them in the lurch. 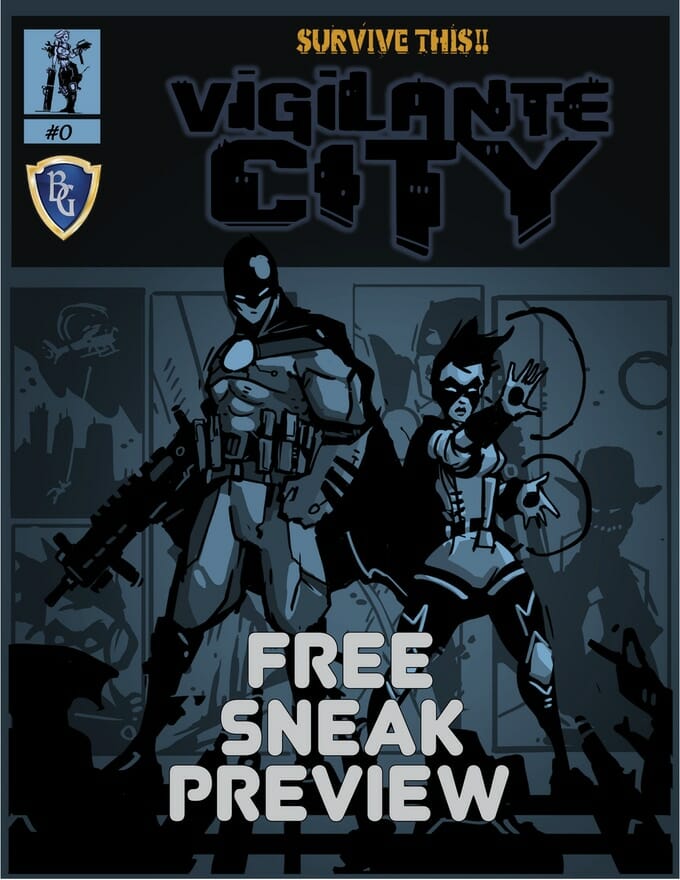 Geek Stuff Superhero Week: Hulk Hulkbuster pop
💰 Copper Coins 💰 Geek Native is an affiliate and may earn commission on purchases you make from third-party sites.
🍪 Privacy & Cookies 🍪 The site uses cookies to survive. By accessing the site, you agree to use your browser to control cookie use or take 1d4-3 privacy damage (tracking). If you defeat cookies via ad blocking, please consider the Patreon. An intro to cookies, and how to control them, can be found here. I Manage Cookies