You are here: Home / Geek Stuff / Grotesquerie as a sub-genre: a disturbing narrative or a unique perspective on taboo themes and imagery? 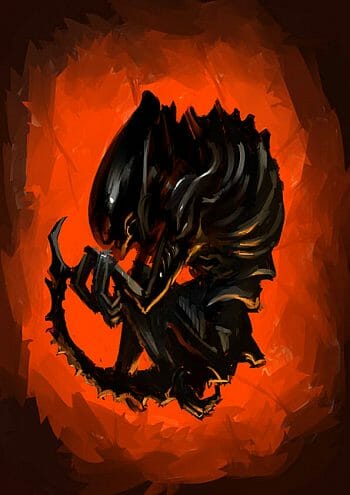 If you’re interested in sub-genres of science fiction, one you may not have heard much about this particular sub-genre, grotesquerie. There is not an very much information available on it and you might think it is more of an amateur fiction genre not worth serious exploration. However, it has a rich and meaningful range of stories from well known names.

So, what exactly is it? It is an ill defined sub-genre itself and by its very nature, it is nebulous. Each element of it can be considered a different genre; horror, fantasy, gothic, sci-fi. It is considered obscure and any common themes or ideas are recognised by intuition and a feeling more than a concrete definition or criteria.

What it means and how to identify it:

It is a sub-genre of science fiction. The word grotesque is Italian in origin and means ugly or distorted in a comical or inappropriate way, to a shocking degree. It was first used to describe work or paintings which looked like those found in rooms of ancient buildings in Rome in the 16th century. Grotesque – rie is a descriptor of a collection of this distorted, shocking things and so the genre was born. Simply it is a type of writing which describes the grotesque, within science fiction it becomes the fantastically grotesque. In the last 30-40 years the name of this sub-genre has fallen out of use but essentially it is gothic horror in science fiction, which in parts remain a popular genre today, particularly on the fringes of contemporary literature.

The sub-genre itself takes elements from gothic and horror literature and gives explanations for events using scientific logic and language. Some examples of common characteristics of this sub-genre include: death, decay, monsters, the supernatural, haunted houses or buildings, castles, darkness and twisted romantic frenzies.

Superficially, people often think that it treats topics in an unsympathetic way, making light of serious topics in order to find a way to make the reader feel an uncomfortable sense of forbidden interest. However this is rarely the case as can be seen in the way that abortion is dealt with in this type of literature. It is treated far less reductively that you might expect. It explores the idea of abortion as an unwanted and often monstrous pregnancy. Usually it is approached in emotional terms or in a visceral way, with morality considered second to this and it rarely considers the political perspective unlike almost all other depictions of abortion in popular culture. These stories typically consider abortion-horror from the perspective of grief, focusing on a monstrous deformed baby and on a haunted parent after the baby has been aborted. This is an example of how this sub-genre takes a unique approach to understanding taboo subjects where a common party line is generally appropriated in dealing with these matters in a socially acceptable way. However, through this literature, taboo topics can be explored in different ways offering alternative perspectives and narratives.

Who are the authors of this sub-genre?

Since the name of this sub-genre is rarely the label used to describe a particular author, there are few writers who are known solely for their grotesque work. However, many authors work does fall into the genre even if it is classified as something else, there are many cross-overs. Despite this ill defined genre, some of the authors whose work clearly fits the criteria are, Ambrose Bierce, Fritz Leiber and Seabury Quinn.

Often using body horror, inspired by his experience as a lieutenant in the American Civil War, Ambrose Bierce wrote at the end of the 19th century and into the 20th century. In the war he was known for his bravery, particularly for his daring rescues of his fellow soldiers who were horrifically wounded in battle. He fought at the Battle of Shiloh in April 1862 which was the bloodiest battle America had seen at that time. It is said that men could walk in no direction without stepping on a body. Some of this imagery is depicted through Ambrose’s stories which though fictional narratives provide a descriptive account, particularly of the visuals of that battle where other means of recording it were poor and did not survive the century and a half since the event. Some of the stories which use body horror inspired by the war include, ‘An Occurrence at Owl Creek Bridge’, ‘A Horseman in the Sky’, ‘One of the Missing’ and ‘Chickamauga’.

Fritz Leiber, another author whose work falls into this category, was an award winning writer who was largely inspired by H.P. Lovecraft and Robert Graves, another writer who details experiences of war. He mainly wrote short stories and is often credited with being a forerunner in the development of modern urban horror stories. ‘Catch the Zeppelin’ and ‘Belsen Express’ are stories written in the 1970s which convey Leiber’s troubled fascination with Naziism and mixed feelings about his German ancestry and his own pacifism during the second world war. These mixed feelings are depicted through the writing to stir a mixed, non-binary sense of morality and intrigue in the reader. Leiber’s stories are perhaps some of the best examples which reflect the common themes of this type of writing.

Another writer inspired by his experiences of war is Seabury Quinn. He fought in the first world war and the imagery and body horror of his writing reflects what he saw. In addition to war though, Quinn was also a lawyer who specialised in mortuary jurisprudence and contributed to titles on the embalming process. Given his experience and career, the impulse to incorporate these into his fictional works is justified and provides an interesting point of narrative considering the stories are written from a well informed practitioner. The imagery of Quinn’s work conveys a realism missing from other stories of this type, he writes authentically which can ease the readers’ guilt about their own morbid curiosity.

Popularity: Why was this sub-genre popular when it was?

The use of the word and therefore, sub-genre was most popular in the early 20th century. Given that the inspiration for this type of writing is typically an author’s experience of war, the prominence of this genre at this time can be explained by the concurrence of the first world war. Therefore, it is not necessarily that the genre has fallen out of favour, just that experience of war has changed which means that bloody battles involving hand to hand combat are no longer typical experiences of war. Consequently, since the inspiration for these types of descriptions is experienced by far fewer people there is less chance of them being reflected in popular literature. Instead, topics which touch on some of this type of imagery such as abortion are the inspiration instead which due to being controversial topics of discussion can often be marginalised and not taken seriously. This perhaps explains why this sub-genre is not more widely known or read at the moment.

What to read to get a fuller sense and understanding of the sub-genre:

This is a comic which follows Isabel in her grief and recovery from an abortion. She becomes the housekeeper for a single father and embeds herself into the family. The idyllic life of motherhood is short-lived as she is tormented by her grief. She is stalked by imaginary, though real to her, satanic figures as she tries to forget what happened. The dark and mysterious atmosphere makes this a fascinating and thrilling read.

This story centres around a pregnant woman who is alone in a remote country house. She is plagued by the sound of horse hooves on the ground outside. It turns out that the house was owned by a woman, who travelled by horse, to perform illegal abortions. A suspenseful read which ends in bloody tragedy.

This is a brilliant collection of Leiber’s notes and unpublished stories, poems and drafts. They give a unique insight into the way Leiber thought, wrote and constructed his narratives making this particular collection of special interest to those keen to write in this sub-genre.

This collection of stories feature Quinn’s most famous character, Dr Jules de Grandin and is set in New Jersey. It follows a Sherlock Holmes type format as Dr Jules investigates obscene cases involving monsters, devil worshippers, spirits and murderers among other intriguing characters. This eclectic collection is a great route in to start exploring this sub-genre.

This is a brilliant short story, set during the American civil war and is a superb example of the twists and irregular perceptions of time, common to this type of writing. This story is told in a non-linear way and instead explores events through the complex mind of the protagonist who is minutes away from death. If you read only one thing from this sub-genre this is the one to read.

Grotesquerie as a sub-genre: a disturbing narrative or a unique perspective on taboo themes and imagery? 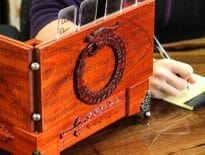 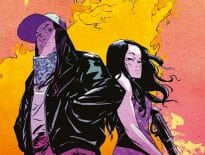