You are here: Home / Games / Tabletop & RPGs / A game designer’s perspective: Storytelling from computers to RPGs 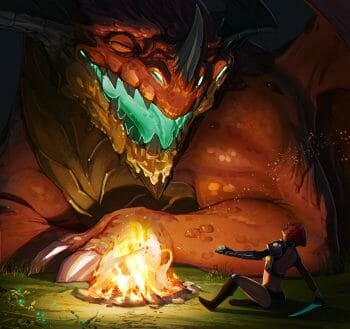 The basic unit of communication in a novel is the written idea or experience conveyed over time in a linear fashion. The experience communicated in novels is in third person and is one-dimensional storytelling. Movies add a second dimension to the idea-over-time dimension with added visual experience. Instead of internalizing written words we observe and hear the character in its environment in second person. And games add a third dimension where ideas over time is combined with interactivity. Instead of observing a character, we become the character in first person and control its interaction with the unfolding story. Storytelling in games can be improved by strengthening its principle traits; interactivity, interaction and decision-making.

Immersion is strengthened with additional dimensions and connectivity points being added. Immersion in storytelling games can occur at several levels, that of space, time and emotion. Spatial immersion is our response to the setting and how our character is in relation to the environment. At a higher meta-level it can be perceived to be unexplored space in which narrative gameplay can emerge. For computer games this is naturally restricted whereas in tabletop RPG it is essentially limitless. We can add a spatial component by using miniatures or appealing dioramas, but automatically frames the narrative space. Temporal immersion is our response to the unfolding plot. This is by some measure linked to causality or our prediction of how we think the story will progress in time. However, the principle of causality is broken with the use of dice in tabletop RPGs, which have a tendency to throw the story in unexpected directions. The third level is our emotional response to the story. This relates to the developed in-game relationship between characters and NPCs but also outward from the game between the player and her/his character. 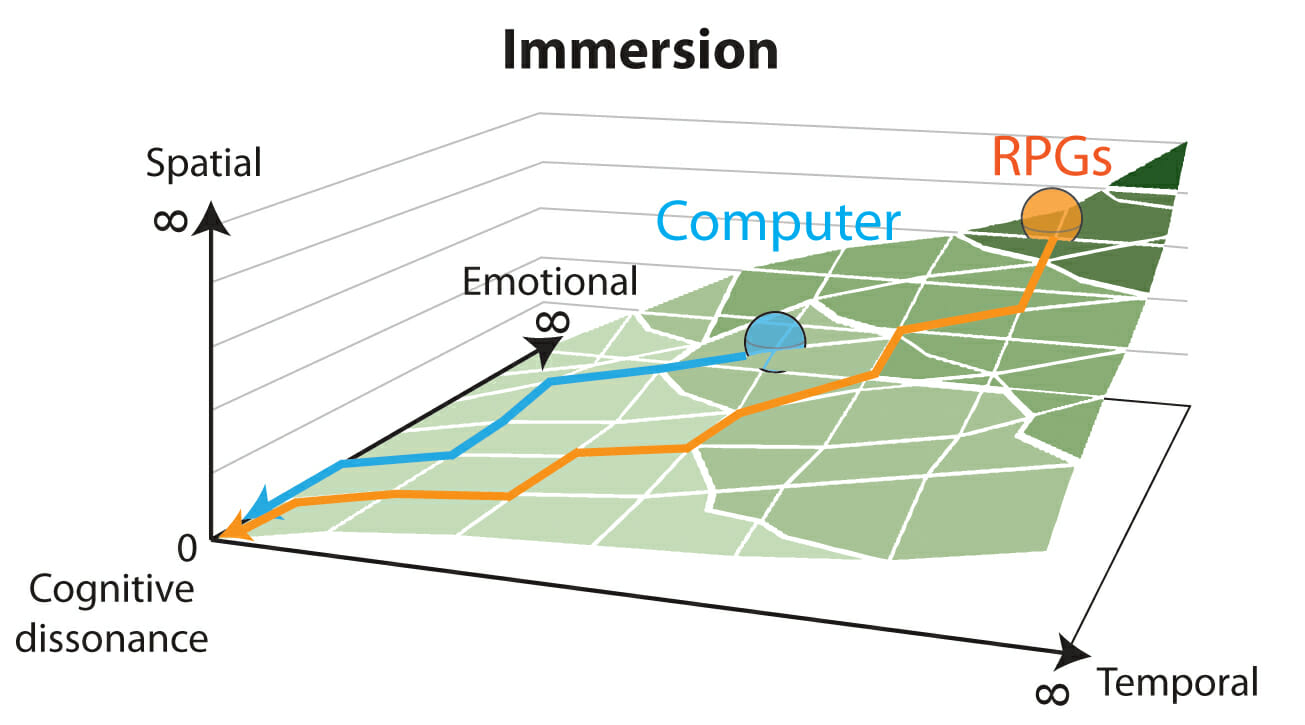 The exterior story has been a clear focus in computer games, whereas lesser focus has been on the player’s interpretation, relationship and emotional attachment to the story. RPGs often lack a visual component and the plot, climax and character development is something that emerge during the game. Emergent storytelling is player driven and occurs in the interaction between combinatorial and manipulative basic units in a complex system. It is devoid of a pre-ordained story and leads towards unique game situations and as result becomes very personal. Emergent storytelling techniques are now increasingly complementing more scripted approaches in computer games.

Aside from relationships between developers and publishers, business models, branding, intellectual property rights, digital distribution and microtransactions, are there anything we can extract from the computer game industry to tabletop RPGs? The supporting educational network behind the computer game industry produce design-textbooks having elements directly translatable for RPGs. They contain pointers for character development, story hooks and obstacle suggestions. Level design and pre-production blueprints can be used for designing spatial support to our stories. We can look at the computer industry and learn how they have drawn inspiration across media, but the biggest potential gain might be the increased awareness of story development in computer games. Emergent storytelling and a huge budget looks like a future area to keep an eye on.

About the author
Christian Toft Madsen is a freelance writer of D&D adventures and shorter pieces of storytelling goodies. He started as GM over 30 years ago and never migrated to the other side of the screen. His vimeo channel combine D&D insight with loose ramblings about tabletop roleplaying games.

Really? Comparing Tabletop RPGs to all video games is like comparing apples to oranges. A better comparison would be video game RPGs to tabletop RPGs. Why not combine all forms of tabletop game play including but not limited to the loads of board games out there. This article is ridiculous.

My read of the article is that games offer a level of interactivity above and beyond what movies are able but that its the improved levels of immersion that really set them apart.

Implicitly, computer games are (currently) constrained by what been anticipated and catered for by the developers (a storytelling limitation) but roleplaying games are less prone to that as GMs can always adapt on the fly.

A game designer’s perspective: Storytelling from computers to RPGs 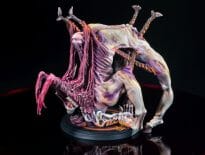 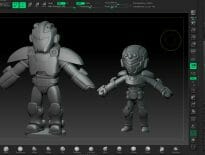