You are here: Home / Games / Console / Not happy with how Final Fantasy XIII is being advertised in the UK? Blame OMD

Square Enix UK have engaged in a bit of agency shuffling prior to the promotion of Final Fantasy XIII this year.

The account is worth 6 figures – that’s a lot of money to the agency involved.

The first task Manning Gootlieb OMD has to do is get Final Fantasy XIII to take off in the UK. It’ll be a local disaster for Square if their flagship game flops.

So, can Manning Gottlieb OMD do it? Firstly, they’re putting the work out to their specialist entertainment division – an agency called InvENTS. InvENTS looks after publishing, cinema, music and gaming sectors.

Despite the entertainment specialism, InvENTS is still a traditional agency. It’s not associated with social media – which includes such thoughtful activities as supplying fan sites with Final Fantasy XIII insights, material and interviews. It’s not even particularly known for its digital marketing expertise.

Does this mean we’ll be seeing a bunch of bus poster adverts for Final Fantasy XIII and perhaps a pre-roll ad before a few movies this year?

Except the fact that INVEnts have produced award winning digital work for many years.

And the fact that their “digital marketing expertise” was one of the main reasons Square Enix decided to award the whole business to MGOMD.

Thanks for taking the time to comment, Roly! I'm duly corrected. I shall not call the ads at the start of the movie pre-rolls again. I notice you're an account director at Manning Gootlieb OMD. Are you working on the account? I know we're yet to see the launch of the campaign but can you give us any teasers? What should we expect? How are you going to tackle the pan-console issue? Since you've taken the time out of your Sunday night to comment on this tiny blog I'm making the assumption that you're a supporter of social media? Do… Read more »

Hi Andrew. You are correct. But we can both play that game and i notice you work at Bigmouth Media (very appropriate judging by your blog). As a forward thinking full-service agency, MGOMD always ensure that digital strategy is at the heart of all communications plans, and FFXIII is no different. However, i am unwilling to share the specific details of the digital planning with you as the game hasn't been released yet. But you will be pleased to know that the UK release of the game is tomorrow and i welcome your feedback once you've had a chance to… Read more »

Good stuff. Let's see how it goes. With a bit of luck you'll be Best Use of Social Media contenders at this year's Revolution awards.

Not happy with how Final Fantasy XIII is being advertised in the UK? Blame OMD 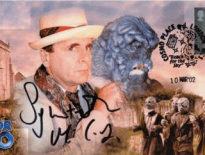 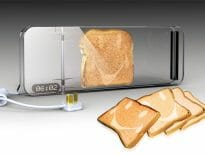