You are here: Home / Geek Stuff / Would you donate to charity via a videogame?

Research by the Charities Aid Foundation suggests 58% of computer gamers would be interested in donating to charity while they’re playing. This includes in-game purchases.
As many gamers, 59%, said they’d be more likely to pay to remove ads if some of that cost went to charities. 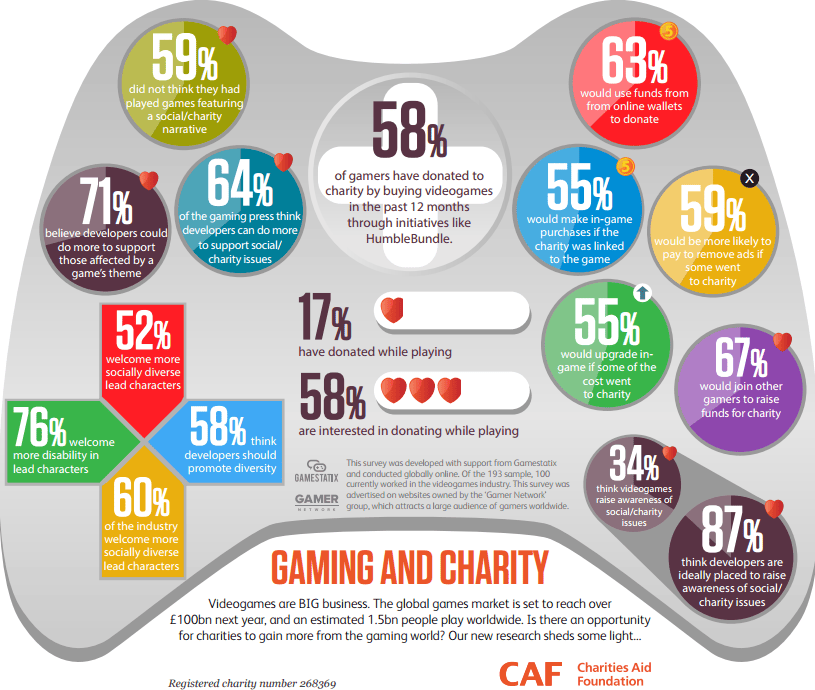 The research was done in conjunction with Gamestatix an GamerNetwork. Susan Pinkley, Head of Research and the Charities Aid Foundation told press;

Some charities and developers have already worked to create unique gaming opportunities to raise awareness and funds. For example, in 2013 the Red Cross partnered with EA to create a special download for Sim City. Meanwhile charitable gamers can find a wide range of games available on Humble Bundle, an online game store that donates part of the price to charities.

“Our research, conducted with support from Gamestatix and the GamerNetwork, found that gamers and developers are very open to the idea of supporting good causes through gaming.

Are you more likely to pay to remove ads if some of the money went to charity?

Would you donate to charity via a videogame?

Sites Alexa, should I take Audible’s free trial?
💰 Copper Coins 💰 Geek Native is an affiliate and may earn commission on purchases you make from third-party sites.
🍪 Privacy & Cookies 🍪 The site uses cookies to survive. By accessing the site, you agree to use your browser to control cookie use or take 1d4-3 privacy damage (tracking). If you defeat cookies via ad blocking, please consider the Patreon. An intro to cookies, and how to control them, can be found here. I Manage Cookies