You are here: Home / Games / Tabletop & RPGs / The factions of Wyrd Games’ The Other Side

Wyrd are expected to take The Other Side to Kickstarter next week. The game is set on an alternative Earth with chaos-based steampunk armies on the rampage. The teaser video above reveals the factions in the game. This is a world connected to Malifaux, a name already familiar to Wyrd fans.

Born in Ethiopia and spanning the east coast of Africa, the Abyssinian Empire had already access to soulstones and is therefore far ahead of the other factions when it comes to technology. Their army is a mixture of war machines and elite troops.

The Cult of the Burning Man

The Cult are the insane followers of an entity known as the Burning Man. Some of them are (or were) human and others are horrible monsters. This dangerous gaggle of mutants specialise in hit and run tactics and do well with magic.

Horrors from the depths of the ocean. The hordes are the denizens of old Malifaux from before the fall of the Tyrants. Now they’re on Earth and growing in number. This army of beasts is huge and specialise in close and brutal melee.

Once home of The Guild, the King’s Empire has freed itself from that oppression and now stretches across the British Isles and into territories like India. They’ve invested in firearms and well trained troops. The King’s men specialise in long range assault.

Which of The Other Side factions will you fight with?

The factions of Wyrd Games’ The Other Side 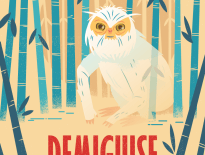 Art Where would you find Fantastic Beasts in real life… 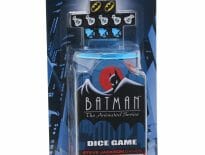