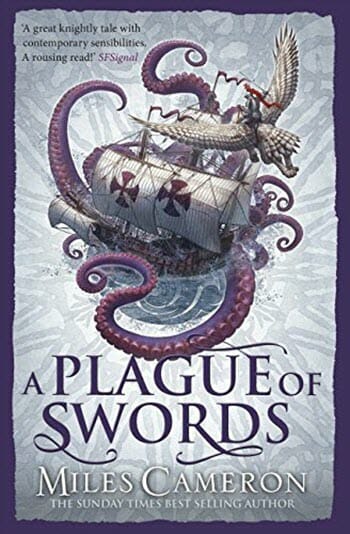 A Plague of Swords

A Plague of Swords is the fourth book in the Traitor Son cycle. Having withstood the might of one enemy the Red Knight discovers another. Worse, the first conflict might have been nothing more than a distraction conjured up by this clever new foe.

Miles Cameron is the author of The Red Knight the popular first book in the Traitor Son. The success of the first has allowed the series to continue and pick up new audiences and fans each year. Geek Native’s been lucky enough to chat about the latest book, about RPGs and inspiration.

This might be our readers’ introduction to the Traitor Son series. Using only a few sentences, how would you describe it to our audience of savvy geeks?

What if the Arthurian mythos as described in the Medieval Lays and in Mallory actually happened?  What would it be like to fight a dragon in plate armour? And Why does good triumph over evil?

How does Plague of Swords expand the series?

Plague of Swords literally expands the series, showing the nearly global scope of the crisis, exposing the meta plot that has run form the first book, and allowing the reader to see into the gears behind the whole thing…

How have roleplaying games, or their authors, influenced the series?

I was a fanatic RPG player from my youth.  A great deal of my magik system shares the same inspiration as a clunky old game called ‘Chivalry and Sorcery’ that explored how Medieval intellectuals really thought magic worked.  In addition, I’m a veteran GM from the ICE Rolemaster series of games, and it probably has influenced me, but reenacting and historical combat skills influence me more…

We’re hoping to run a Traitor Son competition to win the books on Geek Native (and might have done already by the time this is live). Is your gut instinct the competition should be easy to encourage many people to enter or to make it hard so the prize is more satisfying?

Make it hard.  My experience with my fans (who is a fan?  I’m a fan… everyone is a fan. Odd word) anyway, my experience with people who like my books is that they like working out puzzles and difficult plots.

Do you ever cringe when reading weapon descriptions or battle tactics in other author’s fantasy or historical books?

Which authors would you recommend for people who want to read about battles that have been carefully thought out?

On top of your already formidable knowledge of medieval times how much extra research do you for books?

Research is a lifestyle.  I am pretty much always researching; when I go camping, when I fence or fight in armour, when I go horseback riding or deer hunting, when I go on vacation in Europe… it’s also my fun and my passion.  It is sort of what I do… and fantasy demands as much OR MORE research than historical fiction.

What inspires you to write?

Everything.  really; overheard snips of conversations ina  coffee shop, moment fly fishing with my dad; a castle in Scotland, Lord Byron, a great miniatures game, a moment in an RPG, a story from someone else’s LARP, last Monday’s fencing class, a book on meditational systems… there’s no end to what inspires me.  Also really good fiction inspires me to want to be better.  Lately I’m really inspired by Elaine Ferrante and her Neopolitan Quartet, and there’s not a sword fight in the whole four books :)

Is there anything you hope readers take away from your books? New ideas? Inspiration? Courage?

I truly believe that trust and friendship drive the world, not betrayal and treachery; that practice, not talent, drives success and that everyone is brave.  I agree that that makes me sound sort of hopelessly optimistic… if that be treason, make the most of it. 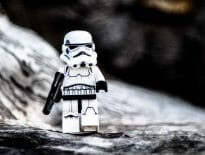