This gamer hasn’t yet bought a ‘next gen’ console. Incredible, huh? It’s mainly due to life throwing curve balls but a little bit due to most games still being available for the Xbox 360 and Playstation 3. There are numerous Xbox 360s and PlayStation 3s kicking around this small flat. This E3 changes things; firstly games are not being made for the old consoles and secondly Microsoft have already announced the Xbox One S.

This console is smaller and integrates the hugely annoying giant power brick the Xbox One had. It should be available in August, Zavvi are taking pre-oders but not of the 2TB versoin. Amazon are, however, with a Microsoft Xbox One S 2TB Console page up and tempting me.

There’s also a next gen of next gen coming – with Project Scorpio. This Xbox is said to be packed with power, able to run all the Xbox One games, but not due out until 2017. 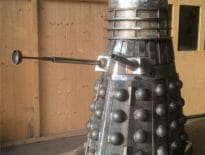 Geek Stuff Exterminate some garden cuttings with this Dalek w… 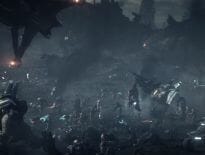