You are here: Home / Geek Stuff / You need it… Labyrinth junk lady cosyplay 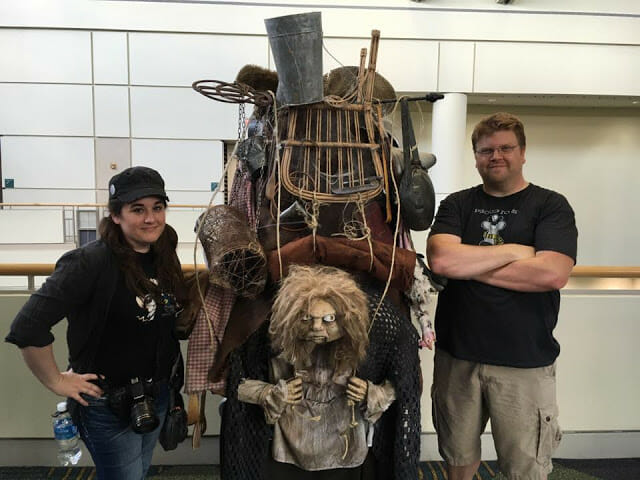 Which was the most surreal scene in Labyrinth? It might have been the one with the junk lady. It’s especially weird if you imagine that the Labyrinth may have been entirely in Sarah’s mind.

What’s far more straight forward is the fact this cosplay from Epbot is simply superb! She appeared in public for the first time at MegaCon this year. The junk lady, who the named Agnes, was a real pain to get to the convention as she’s too tall for most elevators.

There’s a blue labyrinth worm on the back which was a huge hit. Are we surprised that she won best in show?

Geek Stuff The best possible gift for your stressed DM?

Geek Stuff Interactive periodic table of fictional metals
💰 Copper Coins 💰 Geek Native is an affiliate and may earn commission on purchases you make from third-party sites.
🍪 Privacy & Cookies 🍪 The site uses cookies to survive. By accessing the site, you agree to use your browser to control cookie use or take 1d4-3 privacy damage (tracking). If you defeat cookies via ad blocking, please consider the Patreon. An intro to cookies, and how to control them, can be found here. I Manage Cookies