You are here: Home / Books / Comics / Out of this world fitba: A review of Rok of the Reds 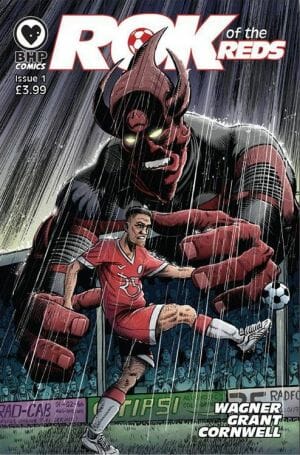 Brace yourself for a laugh at my expense! I saw a small comic company based in my native Scotland, I saw the industry legends John Wagner and Alan Grant (Judge Dredd, Strontium Dog, et al) and I saw Intergalactic Spaceman.

Would I review that? Of course! Sign me up.

Except; I saw wrong. It’s not Intergalactic Spaceman. It’s Intergalactic Sportsman. And it’s not any ordinary sport – it’s football and it from Glasgow. Urk! What have I let myself in for?

I asked BHP Comics if they could provide some ‘clean’ images from the first issue of Rok of the Reds, that’s comic book art without the text, thankfully they’ve provided so you’ll be able to see just how strong Dan Cordwell (art) and Abby Bulmer (colour) perform with the visuals.

Actually, hands up, as I released what I’d let myself in for with Rok of the Reds I remembered a French animation from the mid 2000s which featured football and aliens which I caught a few episodes of and didn’t hate. Galactik Football it was called and I’ll admit the addition of alien skills on pitch and non-human drama between the games made it interesting. 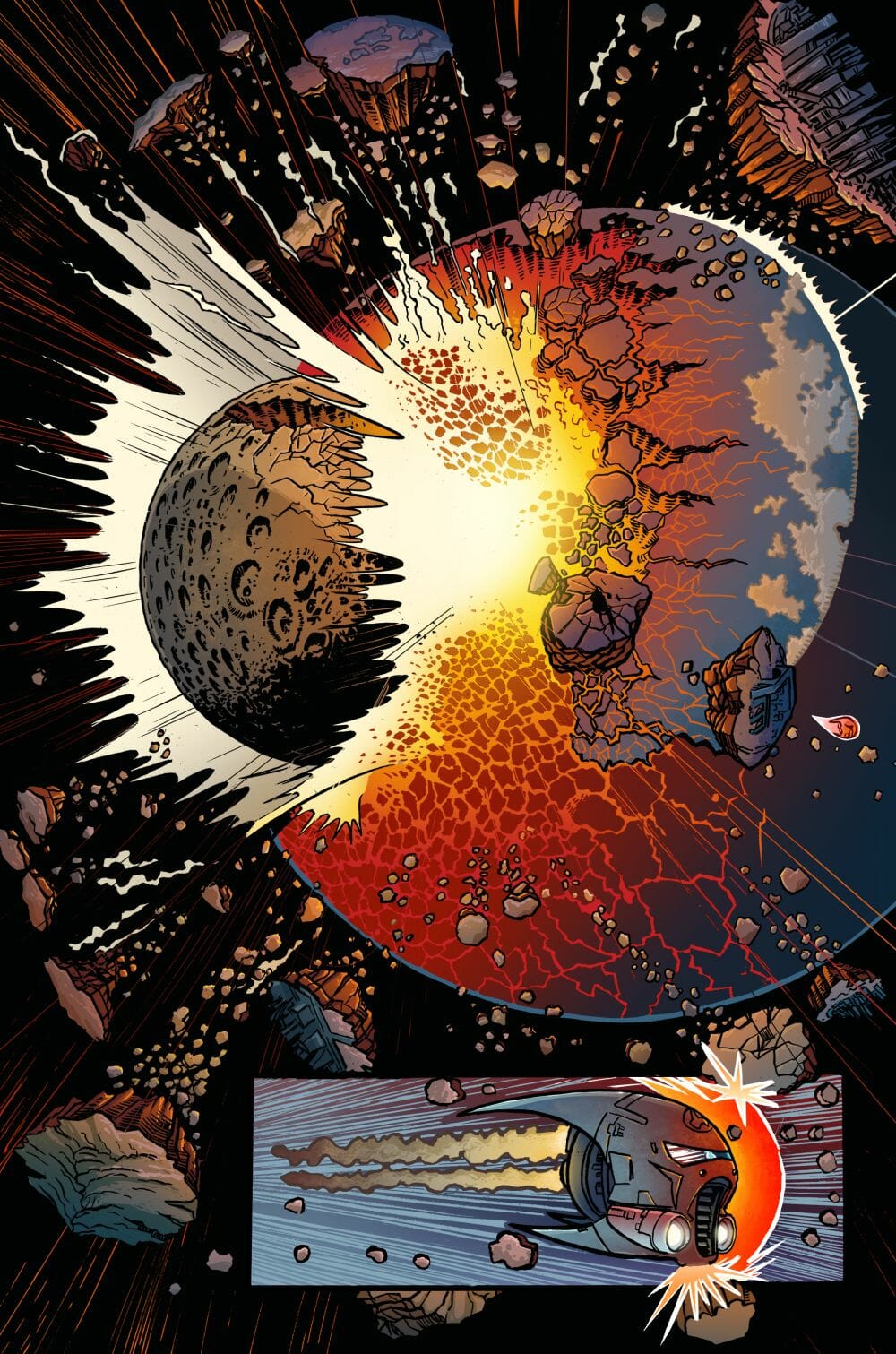 I doubt Rok of the Reds is similar in style, it’s no kid’s comic. We start by discovering why our alien protagonist is interesting when we see a whole planet being smashed by a moon and him escaping. We then cut to an annoying twat of a footballer on Earth. Okay, this is good, perhaps Rok of the Reds could be similar to Galactik Football in terms of drama and alien flare.

Colours are important in Glasgow (BHP’s home). The city is divided green football and blue football. Okay, there’s nothing to say that this comic is set in Glasgow yet but the police looked Scottish (flat cap rather than the traditional English helmet). A name on the football suggests ‘_adford’ (Bradford?) but the team plays in red and is known as the Reds. They couldn’t have been clearer. REDS! Phew! Political and religious drama avoided. Good editorial call! 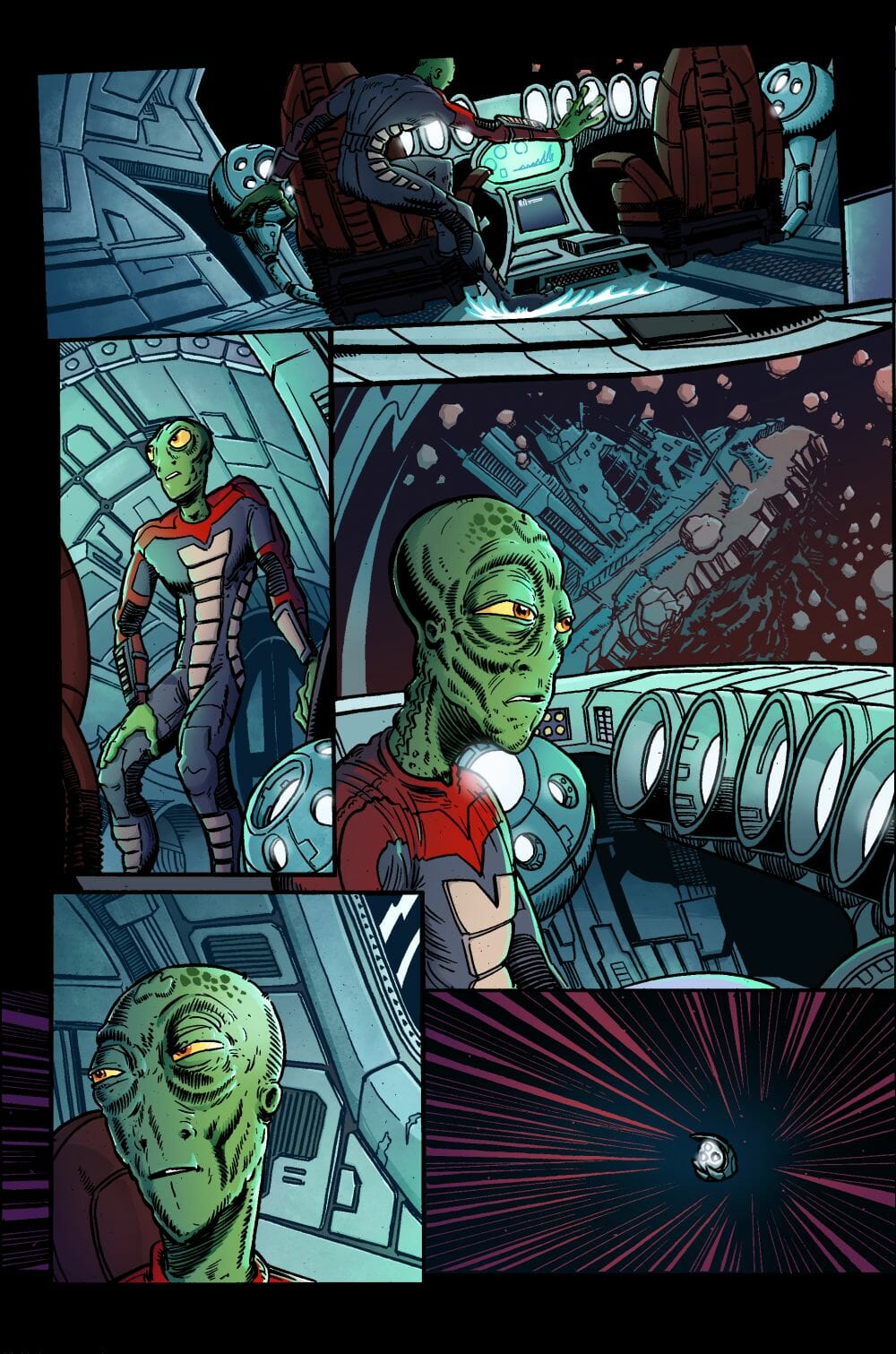 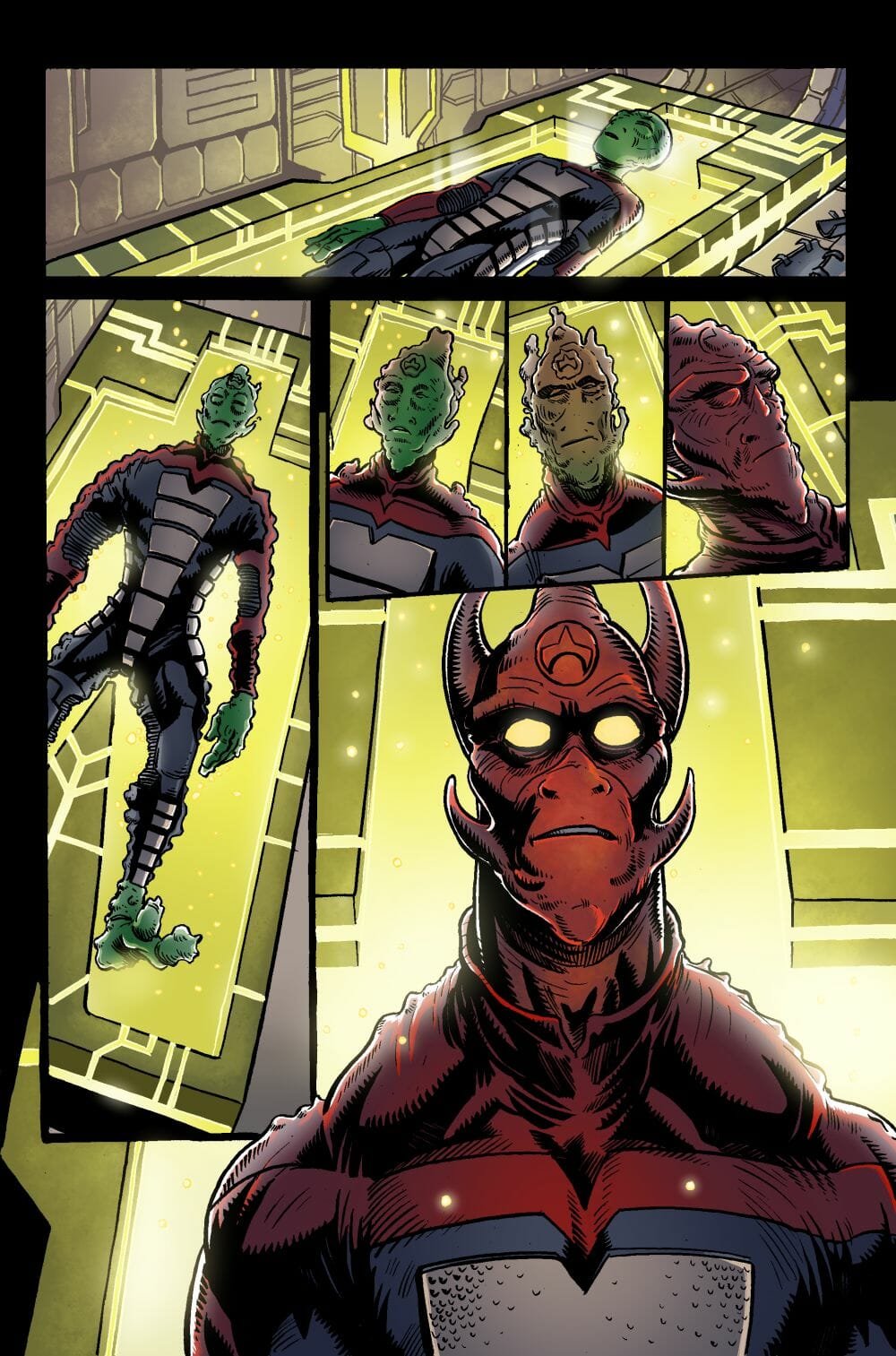 I surprised myself twice with Rok of the Reds, after discovering it was a football comic, I then found myself disappointed I’d reached the end. There are so many potential plot strands the writers could follow. The footballer should be boring but because he’s so vile he’s actually quite interesting. The alien is less clear – what’s his story?

There’s little doubt in my mind that Wagner and Grant fans will be intrigued by this new title. I think the 6 part mini-series will do well for BHP Comics. 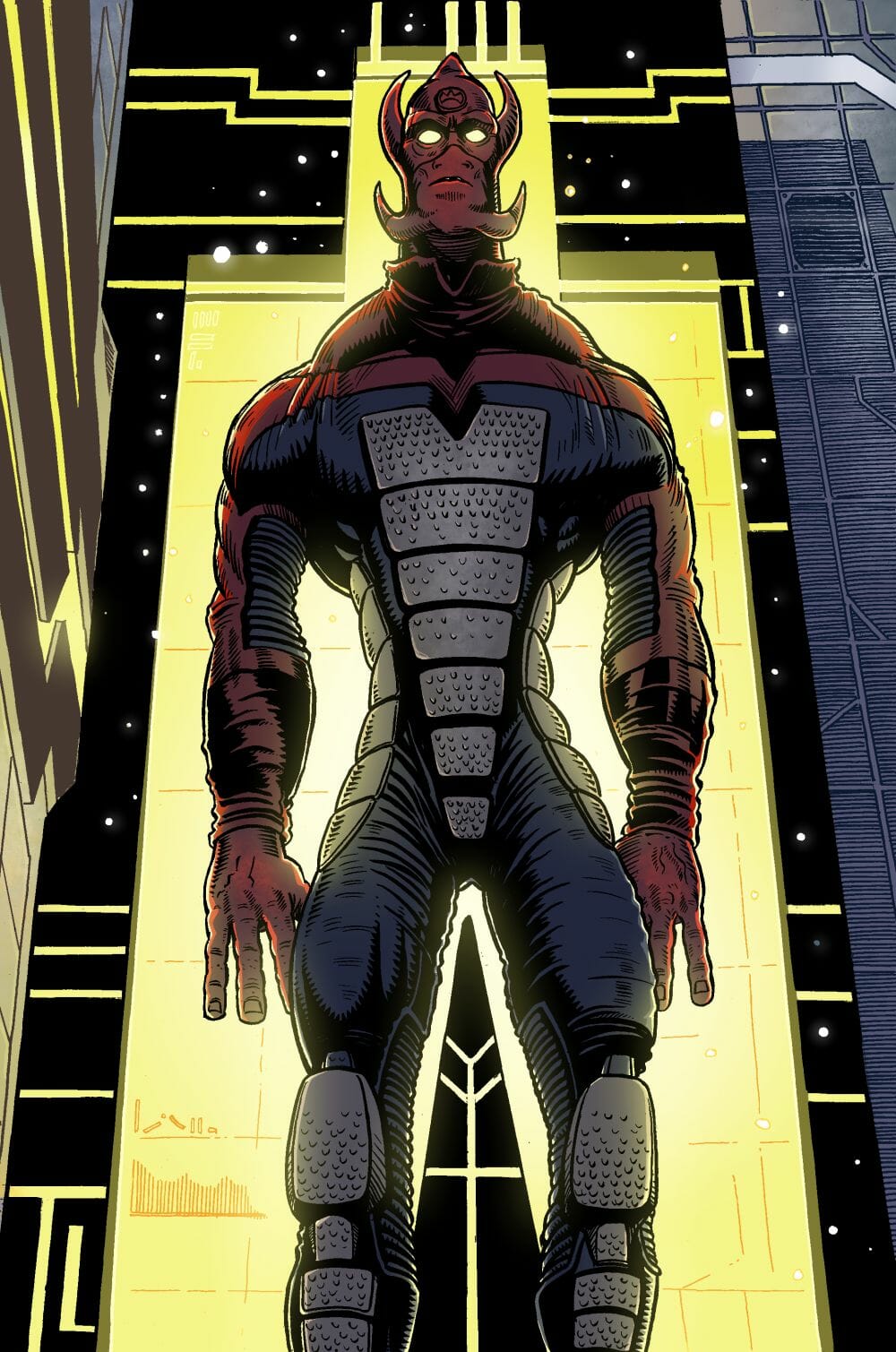 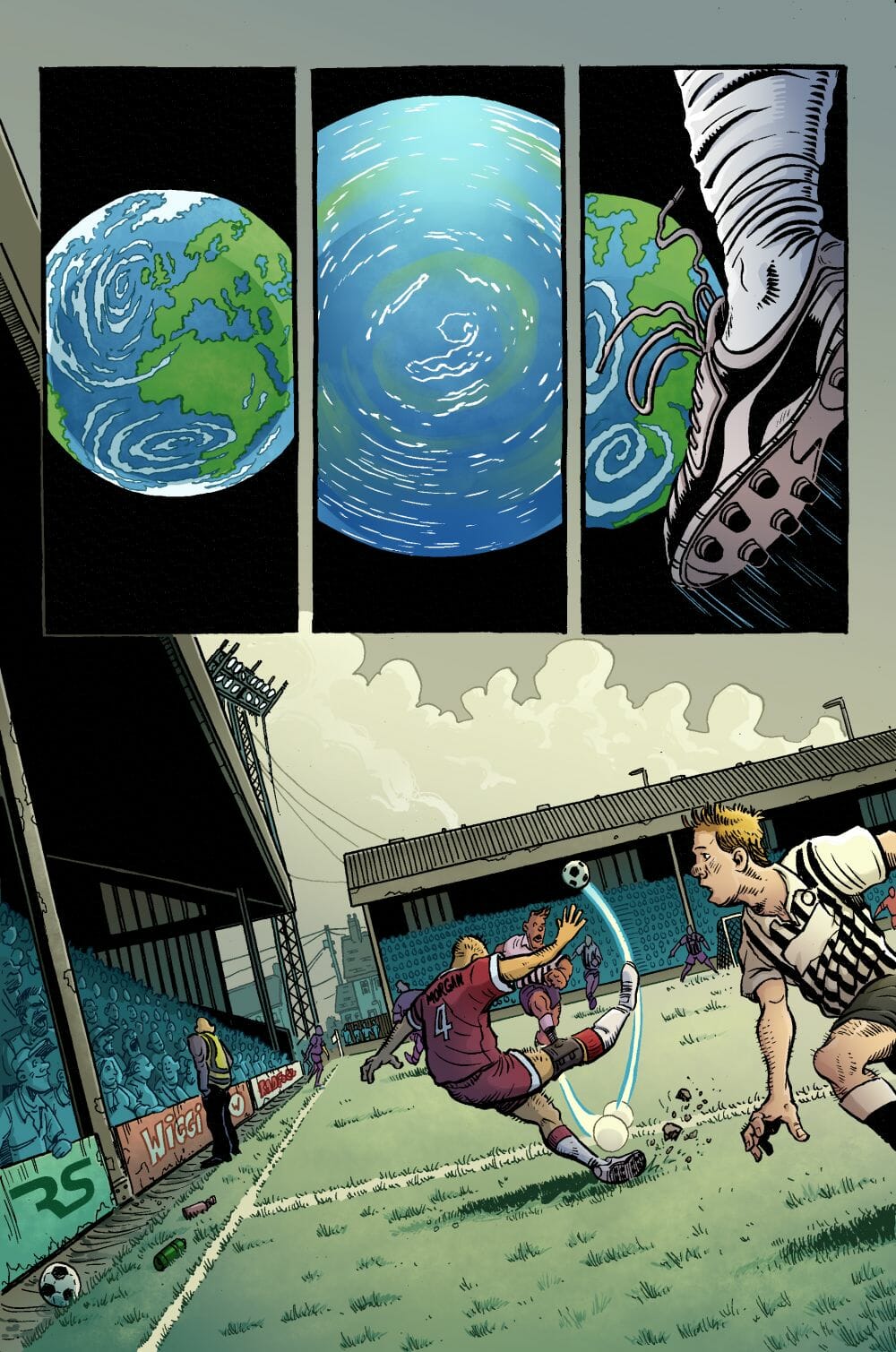 My copy of Rok of the Reds was provided for review.

Out of this world fitba: A review of Rok of the Reds 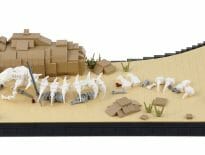 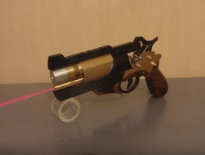