You are here: Home / TV / Anime / Surreal: Humanity Has Declined 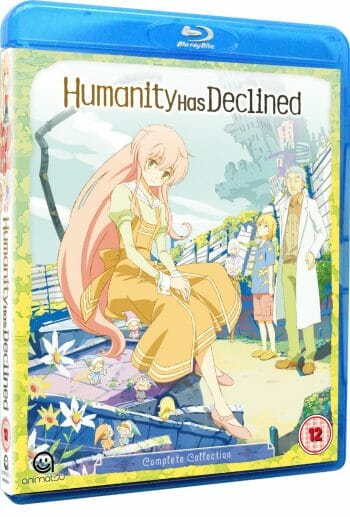 I wasn’t long into Humanity Has Declined before I realised this might be the anime equivalent is coming back from the dentist after an antithetic and where the world is a strange place.

In the first few episodes we have fairies, featherless and headless intelligent chickens and paradogs created in response to time paradoxes.

The summary to Humanity Has Declined sounds a bit like it is setting up a post-apocalyptic survival platform. Mankind is drying up in numbers; the birth rate has dropped. Cities are empty and a “New Human” form of life has appeared to fill the ecological gap. The catch? It’s nothing like that at all!

These “new humans” appear to be little fairies. They’re a bit of a mystery appearing childlike and innocent but actually having access to powerful technologies and a way of thinking about things we just can’t get our human heads around. In some ways they need the humans to help them survive but in other ways they certainly don’t. 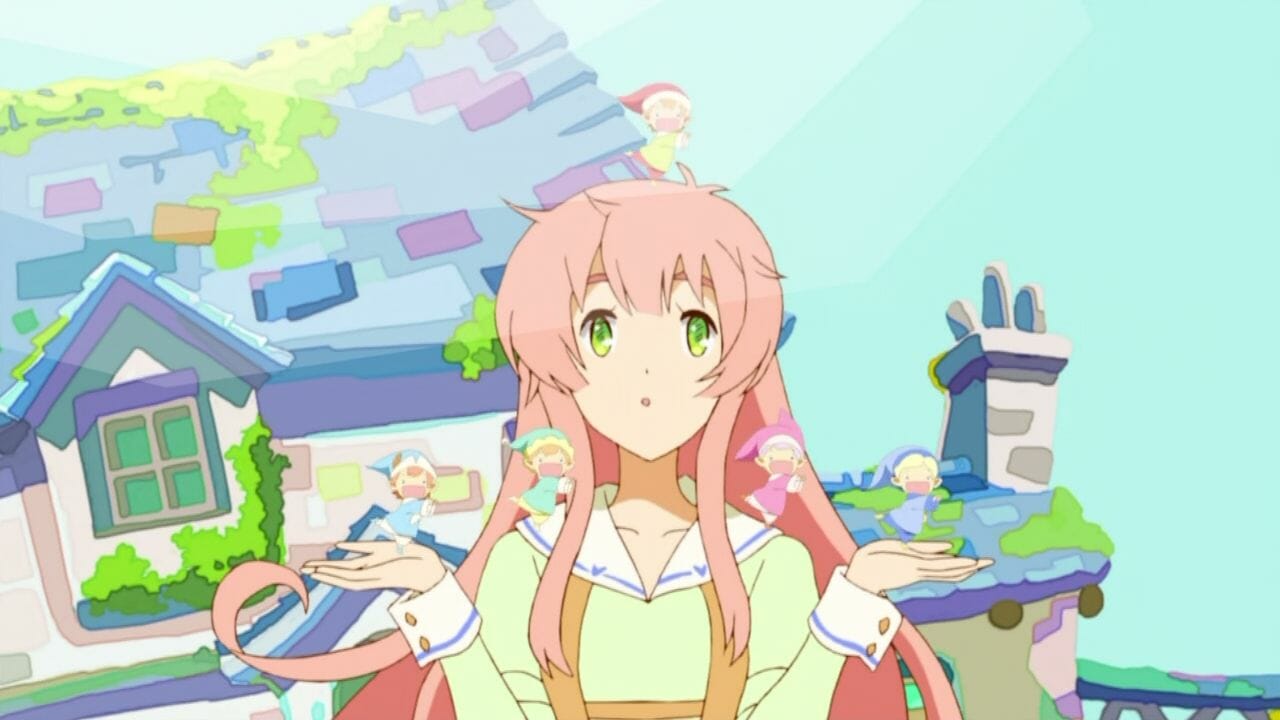 As it happened I wasn’t just on my way back from the dentist with a drug riddled brain capable of keeping up with the surreal weirdness of Humanity Has Declined when I started watching. I couldn’t get in to it. It was too weird.

I went back to the show later. That’s when I worked out the first couple of episodes are shown in reverse chronological order. That’s how strange Humanity Has Declined gets. 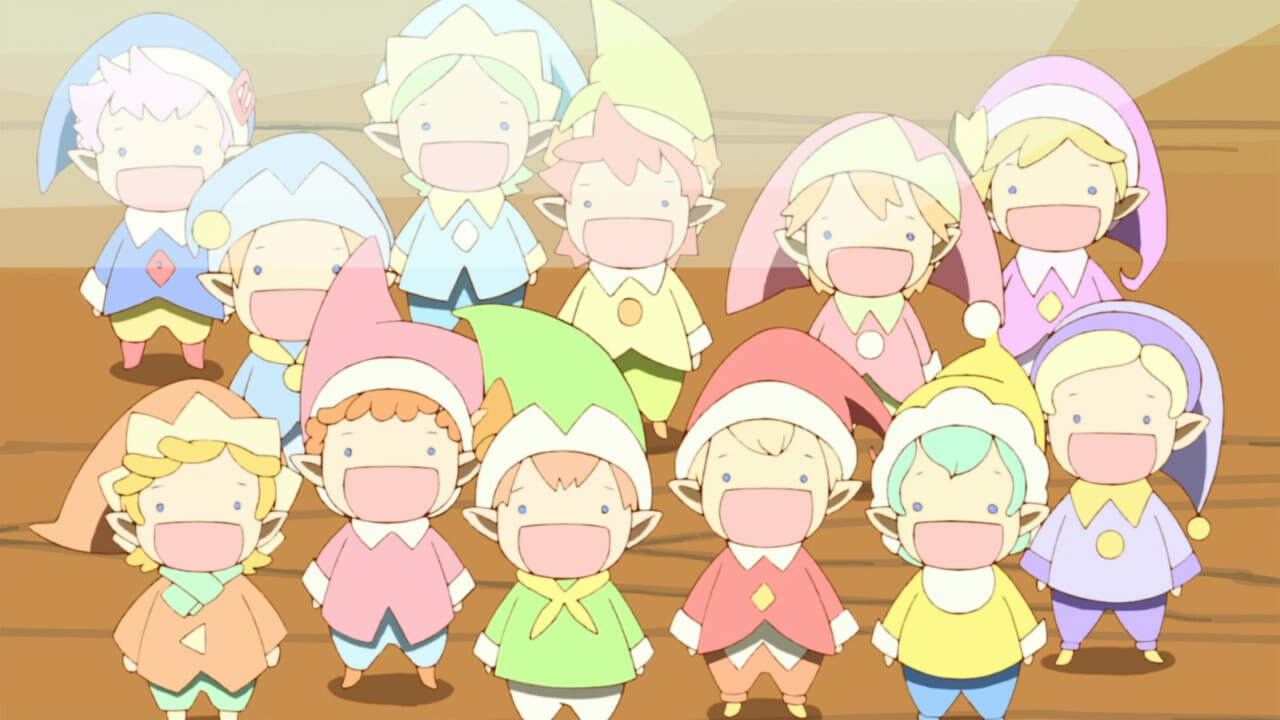 The main characters are known The Heroine (sometimes Watashi), Grandfather and Assistant but there’s also Y, Curly and The Fairies. Later on there’s a whole episode about giving fairies names but if there’s some clever meta plot about identity here then it’s too obscure for me to work out. The Heroine’s job is to mediate between human and fairy worlds.

All in all – I simply don’t know what to make of Humanity Has Declined. I quite like the art style – it reminds me of Christmas cards. I like the Kate Bush style ending track. I’m not sure I get the humour. It’s just weird. As it happens, I’ve a high tolerance for weird but with Humanity Has Declined I was never sure whether I was watching a teaser, character set up, episode or whether it would flip into something more stable.

Like Humanity Has Declined and the cute but dangerous Fairies? Why not become one of them with this simple but effective t-shirt design from RedBubble?
Buy

My copy of Humanity Has Declined – Complete Season One Collection was provide for review.

Geek Stuff Catch up with WonderCon and this cosplay music vid…
💰 Copper Coins 💰 Geek Native is an affiliate and may earn commission on purchases you make from third-party sites.
🍪 Privacy & Cookies 🍪 The site uses cookies to survive. By accessing the site, you agree to use your browser to control cookie use or take 1d4-3 privacy damage (tracking). If you defeat cookies via ad blocking, please consider the Patreon. An intro to cookies, and how to control them, can be found here. I Manage Cookies