You are here: Home / Music / Enjoy this cage match soundtrack

This isn’t any ordinary cage match. This is Suvudu’s “Dynamics Duos” cage match that puts famous pairs from sci-fi and fantasy canon into battles written by acclaimed authors. You can follow the action here or take a peak at the lineup below. 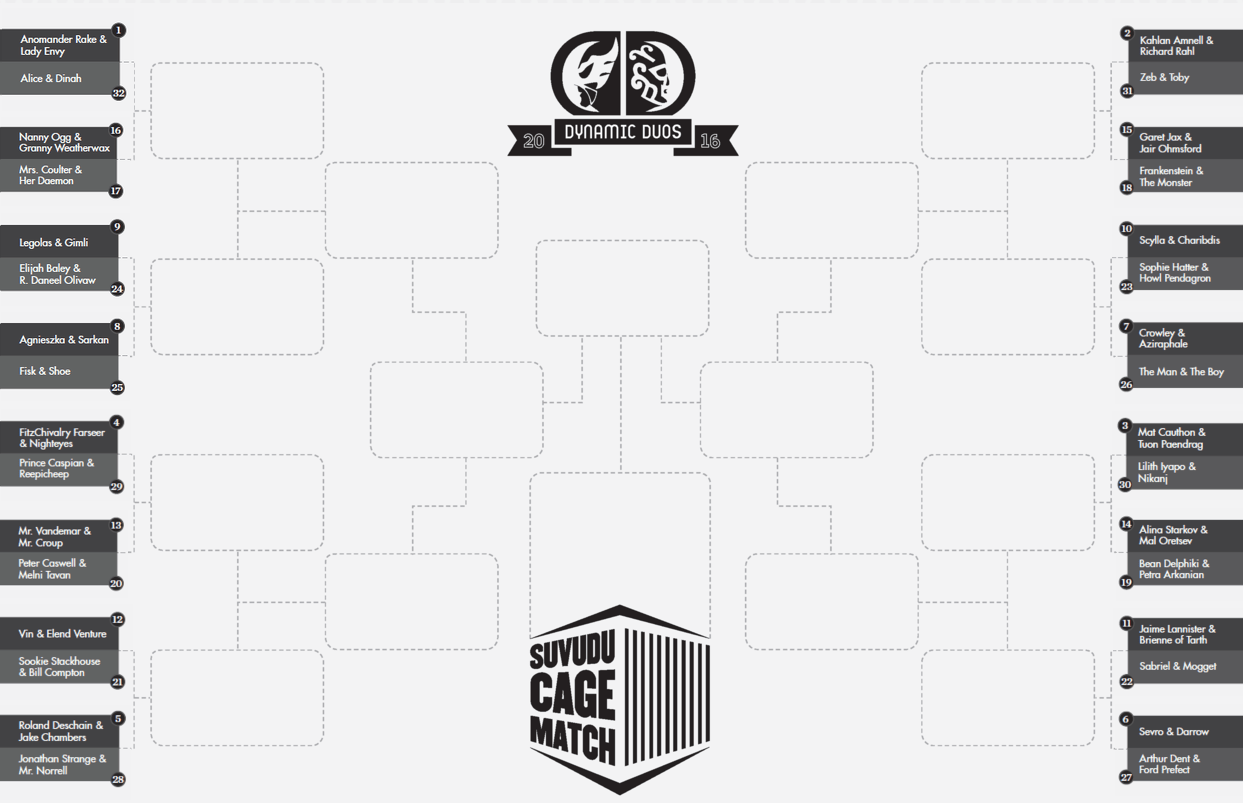 Yeah, this means we’ve Sevro and Darrow from Pierce Brown’s Red Rising up against Arthur Dent & Ford Prefect from The Hitchhiker’s Guide to the Galaxy in round one. We’ve also got The Shannara Chronicles’ Garet Jax and Jair Ohmsford going head to head with the Monster and Frankenstein from Mary Shelley’s Frankenstein. It’s certainly worth noting that Jamie Lannister and Brienne of Tarth have been teamed up to take on Sabriel and Mogget from Garth Nix’s Old Kingdom series. That battle was written by Laura Bickle of The dark Alchemy series.

To support the cage match tournament the team at Penguin Random House have put together a Spotify playlist inspired by the number two and partnerships.

You’ll be able to follow the action at Suvudu by keeping an eye on their cage match tag. 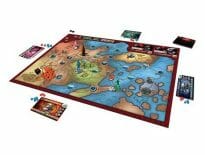 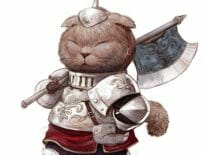