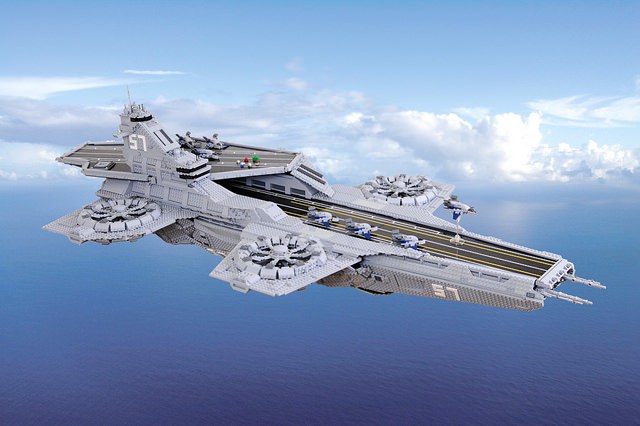 These guys are impressive. The 15,000 brick LEGO S.H.I.E.L.D. helicarrier you can see above was made by the Formosa LEGO club. It took them a month and a half, working late in the night, and the result is twice the size of the £270 official LEGO Helicarrier. 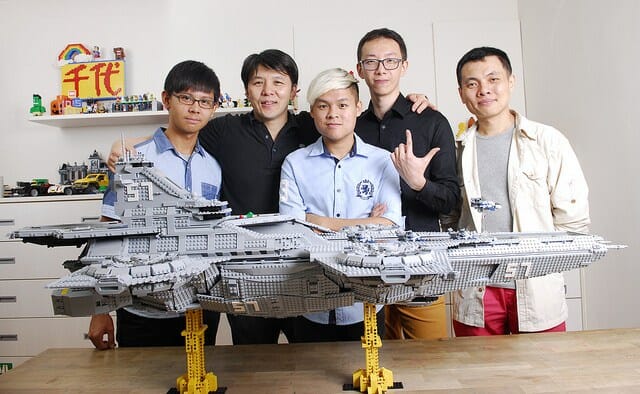 The Formosa build is 140cm x 80cm and contains other models. There are quinjets on the carrier. 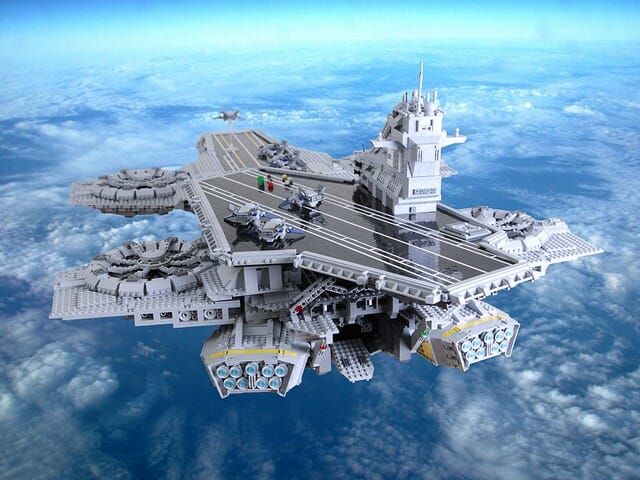 The team worked with stills from the 2012 Avengers. You can see how shiny the the flying deck is. That neat trick was done by using lateral-facing plates and while that might easy the club undertook the math challenge required to match the pattern on their model to the helicarrier in the move. 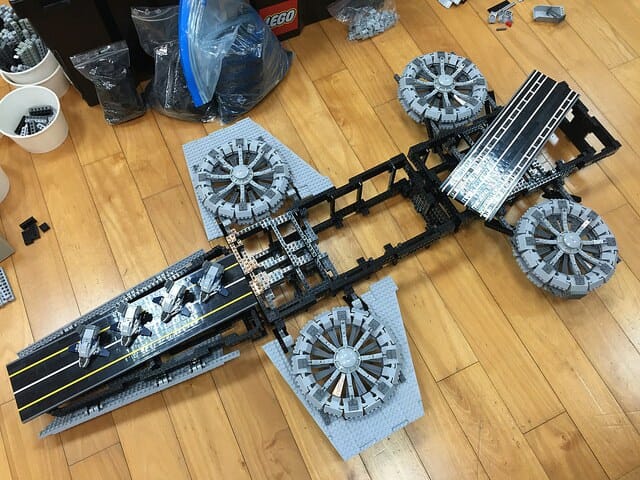 ZiO Chaoa, one of the club, told Brothers Brick;

Before I started to build it, the most annoying thing was collecting parts and classifying them. Then we used Technic beams to sketch out the skeleton of the carrier, which needed to be strong enough to hold everything together. Technic beams were also a great solution for the supporting yellow columns, the front of the carrier, and the four turbine engines.” 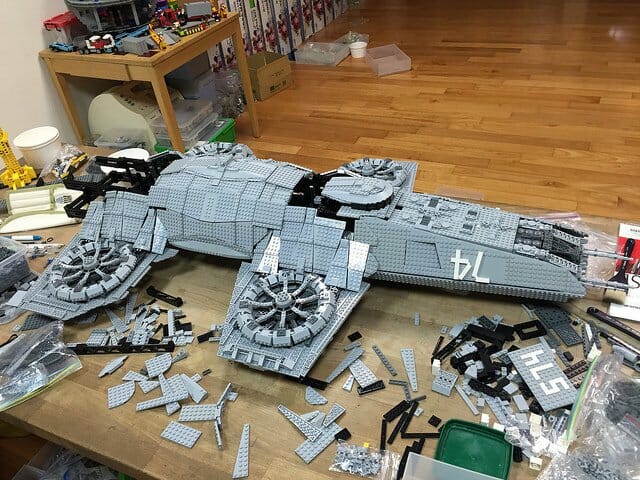 The model is currently on display in the LEGO store in Taipei. This represents another clever solution designed into the build – it had to be portable. Formosa achieved this by designing the ship in modules which can be separated. The main body of the helicarrier, for example, can divide into 3. There are 14 such modules in the whole build. 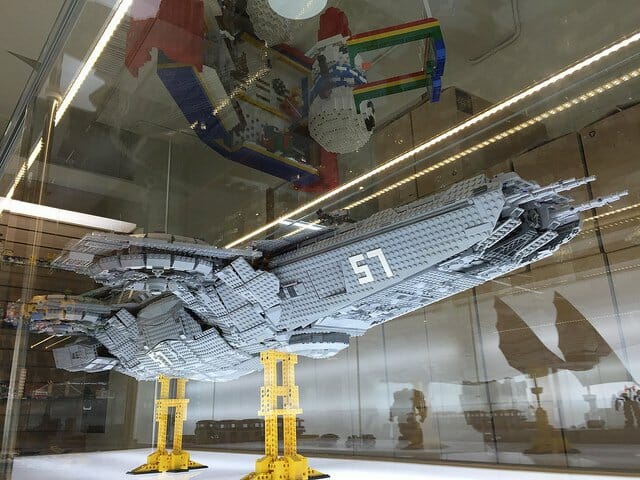 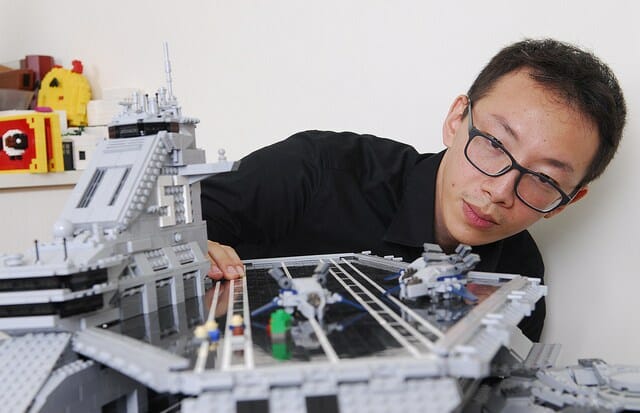 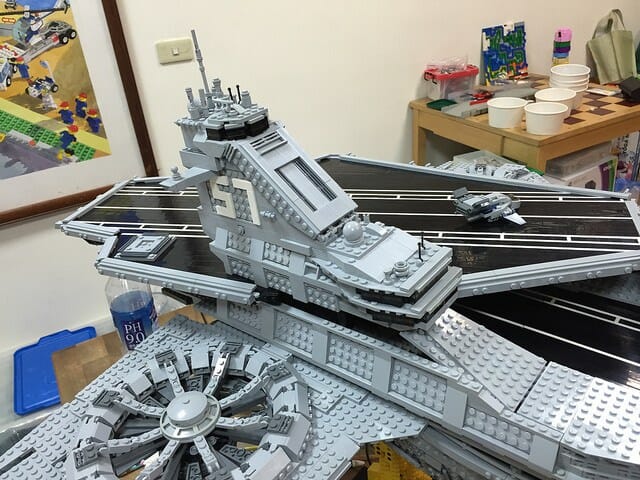 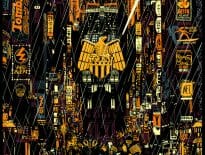 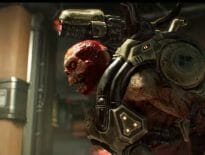