You are here: Home / Games / Tabletop & RPGs / The One World of Darkness is White Wolf’s future

It’s only been a few weeks since Paradox bought White Wolf from CPP and announced they would review all licensing deals. Now we know Onyx Path and fans can breathe easier as they’re named as a future partner.

Lead Storyteller Martin Elricsson and CEO Tobias Sjögren took the stage to share their plans for the future of the franchise. The video is 40 minutes long, there are highlights below, but if you watch you’ll see that Martin is a huge WoD fan and Tobias has grand ambitions. In fact, they’re shooting for a Netlix show, or similar, for 2021.

Paradox might be best known for making computer games but the word “transmedia” was mentioned early on here. That means the World of Darkness is more to them than just a setting to base games on – all of it; tabletop games, card games and even LARPs are important. As it happens, Martin Elricsson is a big Nordic LARP fan.

There will be separate game lines but they’ll be designed so that when crossovers happen they’ll happen well. The Paradox team will sculpt events that will happen across the transmedia franchise.

Paradox are open and honest – this is a license deal for them – and they promise more active management than the previous owners. Their slide stated;

Establish and deliver World of Darkness as the most thrilling mature entertainment IP’s in a rapidly changing and challenging media climate.

They think the timing is right for a mature title. “Not for teenagers,” was said during the presentation as it was noted that White Wolf will face no content restrictions from Paradox. If they want to go to dark places – they’ll go to dark places. Elricsson got a cheer from the crowd when he said; “We can be brutal and direct but we can never be stupid”

One World of Darkness is about the monsters hiding in the darkness. Another slide noted;

To provide monster enthusiasts with multifaced mature tales that not only entertains but also helps exploring and reflecting on the most difficult questions and foundations on life.

Two notes of caution emerged from the briefing. There will be no (unless it’s a movie mega deal) exclusive deals. This means we might see other tabletop publishers offering up official One World of Darkness products. Paradox also clearly aim to protect their IP. I suspect if a movie like Underworld came along now it’ll face a greater legal challenge than the old White Wolf managed at the time.

The One World of Darkness is White Wolf’s future 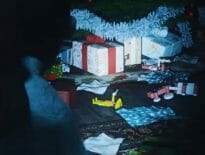 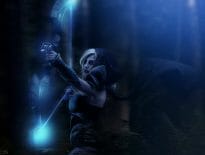