You are here: Home / Movies / Are we doomed? A review of Attack on Titan live action movie 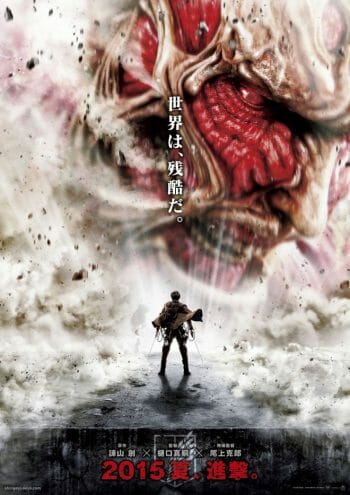 This was always going to be a challenging movie to make. For a start there are legion of manga and anime fans who really want this movie to bring to life this incredible story and then there’s task of bringing the towering titans to life.

People laughed at this horror movie. I was able to watch it on the big screen in Scotland Loves Anime. It was a sold out cinema, some folks had come in cosplay and others had come based on word of mouth recommendations. My hunch is that those who laughed first hadn’t experienced Attack on Titan before.

The titans are towering caricatures of people. Director Shinji Higuchi keeps that true in the movie so when we first see the titans breach the outer wall we see a gaggle of people in morphsuits pulling silly faces staggering through the ruins of the city. The anime makes the juxtaposition of the weird and horror work; the movie does not. Frustratingly, some of the titans are a little more fearsome in appearance – larger mouths, curves of flesh under their eyes, etc – and that makes a world of difference. Those small touches make for much more frightening titans and I wish they’d all had such changes.

The Colossal Titan nearly worked visually, but fell just short and I blame the cut scenes of its foot bashing a hole in the wall. The best of the titans come right at the end. If you’ve seen the anime you’ll know the one I mean. I’ll avoid the details for spoilers.

What works better than the titans themselves are the special effects around the titans rampaging around the doomed population. This works. There’s barely a hint of dodgy models or tricks of perspective. Here the cgi budget is used wisely.

It’s not all about the special effects, though. There’s some weird romance in here which leads up to another unintentionally funny awkward seduction meets voyeurism meets man eating giant attack. If there was a similar scene in the anime, or need, then my brain has purged any memory of it.

I miss Captain Levi Ackerman. There is a similar character in Shikishima who is just as good at fighting, as unclear motives (is he trying to get Eren killed) and has a thing for apples. It’s Captain Shikishima who has a romance with Mikasa (as demonstrated with apples).

I especially enjoyed Satomi Ishihara’s performance as Hange. I suppose some might accuse her of over acting but she’s just fulfilling her role as Hange, who’s wonderfully strange, and entirely as portrayed.

Lastly, the Three Dimensional Manoeuvre Gear is a big plus point. The action scenes of the humans against the titans work and are fun to watch.

Are we doomed? A review of Attack on Titan live action movie 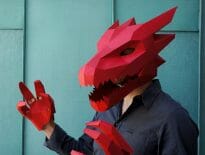 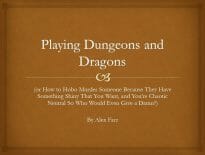