You are here: Home / Games / Tabletop & RPGs / Of Onionskins and Seven Dogs: A review of Aletheia 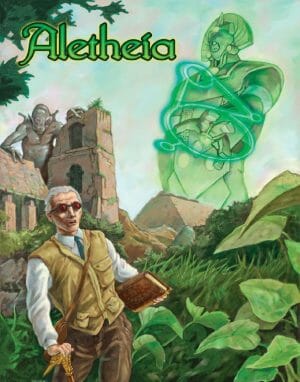 Role-playing can become an expensive hobby if you go down certain routes. Game companies have cottoned on to the concept of core rulebooks that provide just enough material to get you going. Once you’re in, they flash supplemental material and adventures in your direction, in the hope that you’ll bite. Sometimes, the material on offer with massively expand the potential and background of the original. Indeed, often the core material won’t even have a background – offering a bland core to start off. You can use that as a springboard for your own setting, or opt to let the professionals to the heavy lifting and buy into the world (or worlds) they offer.

Aletheia is an all-in-one game that not only contains a rule system and character generation; it also outlines the entire setting and a complete campaign from beginning to end. A be-all-and-end-all book.

Form
Aletheia is a 175-page PDF (for the purposes of review), which includes a spare scattering of greyscale art and maps. Most of the book follows a two-column format with occasional full-page width boxed text providing additional information, asides or background material. Written by Werner Hager, Lee Foster, and Monica Valentinelli, it was published by Abstract Nova Entertainment in 2007.

Features
Aletheia provides the reader with everything they need to know to run the game. Admittedly, in 175-pages that ‘everything’ represents a rough sketch, but in principle you have a campaign mapped out from beginning to end, with secrets, lies, antagonists and story arcs.

The characters have been recruited into an organisation called the Seven Dogs Society by Terrance Chastain, trustee of the estate of Jericho Usher. The heart of the organisation lies in a dilapidated, three-story Victorian mansion christened Hepta Sophistai that lies on the outskirts of the town of Seven Dogs in Alaska. While the characters recruited almost certainly come from wide-ranging backgrounds, they share a preternatural awareness, senses that focus beyond the normal, visible world.

Chastain maintains the Society as a distant custodian, greasing the cogs and springs in the background rather than necessarily charting its course. The course, to a greater extent, lies with the characters, guided by the vision of Jericho and the Usher Codex. Jericho sought answers to a higher purpose, a conundrum that might reveal an underlying reality. The Codex offers cryptic insight into his visions and insight, though only scant pages of the original remain after a fire swept through the library some years back.

At heart, Aletheia provides you with a campaign framework, a base of operations, background for the player characters, a set of lightweight mechanics, and guidance for gamemastering, including a short adventure. In principle, you don’t need anything outside of this book to play the game and you might run this game for weeks, months or even years. While you might need to do a little research, the background material includes a bunch of locations across the world you can explore – and each could contain one or more adventures in themselves.

As a self-contained game, the book could appeal to anyone. Given the focus on investigation, challenging the unknown and even stepping on the toes of religious belief, it probably won’t work for those into heavy combat, obvious pathways or keenly held faith. In principle, Aletheia picks around the edges of science and religion, so if anyone in your gaming group would rather stay clear of questioning the basis of faith or reality, this probably won’t work.

Aletheia played right out of the book provides a campaign with an onion-skin approach to mystery. Almost every aspect of the setting includes deeper layers of truth to uncover. What the characters know at the outset will almost certainly seem laughable several sessions in as the players guide the game into the depths of the Usher Codex and beyond.

If you enjoy TV shows like The X-Files, Fringe, Poltergeist: The Legacy, Sanctuary or similar, where the stark reality of the world goes hand in hand with weird science and/or supernatural truths, Aletheia could well be right for you. At the outset, the players take on characters from ordinary backgrounds with ordinary lives, but as the game progresses they will understand their greater potential, both as individuals and as a group.

The book includes a simple dice pool game mechanic that draws on the characters background, occupation and descriptors as a means to determine of success. When you try to complete a task, you need a certain level of success. Many rolls need just one, which means rolling a 5 or 6 on at least one die. If you have several points in the appropriate Attribute plus a lot of relevant skill and expertise, you roll more dice making getting that success easier. In addition, certain skills or high levels of expertise in an occupation provide automatic degrees of success (or victories).

The core of the system relates to the business of investigative work. The structure for adventures requires that the Gamemaster give some consideration to key scenes and the clues player characters might find there. Once in a scene or location, character cans complete investigation, interviews and research to gather clues – all involving various rolls of the dice – before forming a hypothesis. The hypothesis might come at the end of an adventure or some key major break in something longer – but if correct it awards experience to spend on character development. Otherwise, the players can make a roll and depend on the level of success the GM corrects errors in their thinking and awards a partial XP award.

As a system, it focusses very tightly on the business of the game, which itself clings tightly to a very clearly outlined campaign. Some gamemasters might find the mechanics restrictive or less satisfying if the players like to do things other than investigate – like fight, chase or engage in pulpy action. The nature of Aletheia means that nothing would stop you from using a favoured system from another game. The investigative mechanics of the game have much in common with Gumshoe, for example, which would make for a fine replacement system. Something more general like the Basic Roleplaying system (as used for Call of Cthulhu) or the Cypher System (used by The Strange and Numenera) would be equally good.

The only aspect that needs to be ported across if you do use your own system are the supernatural special abilities. Chastain recruited the characters into the Seven Dogs Society because they had the potential to be something more and possessed certain Powers. Abilities like Remote Viewing, Precognition, X-Ray Vision and Teleportation enhance the mundane faculties of the group and will become essential as the game goes on.

Beyond the mechanical content, the book includes two sections on supernatural phenomena, like virgin births, unnatural storms, crop circles and alien abduction. The first handles the information readily available to the player characters, with research and investigation, while the second serves as a guide to the gamemaster. The Revelations section also includes the bigger picture on the campaign setting and what the players will uncover over time, along with key non-player characters and contacts. Gamemastering considers how to construct investigations and chart an arc of storytelling across the Aletheia setting.

The most eyecatching – and colourful – art in the book comes in the form of five full page plates revealing the surviving content of the Usher Codex. The players have access to these as a source of inspiration for the research, while the gamemaster’s information breaks down the details of the sketched pages with some enlightenment about their possible meaning.

I fully expect the final revelations of the game will come as a surprise to the players. Played out over a period of time and handled with some care, a Gamemaster could genuinely get a year or more of gaming from this single volume. The truth is in here… somewhere.

Final Thoughts
In conclusion, Aletheia represents a highly original game in a self-contained format. Bundled with a lightweight system, you could play with nothing else – though an imagination would definitely be handy along with a few dice, paper and pencils.

The finite scope and strict arc of the game means that it isn’t really a point of reference for other games. You can play the Aletheia setting with other systems, but you’re unlikely to mine Aletheia for components to fuel other games.

Aletheia isn’t a game for the faint-hearted or impatient. Played as outlined, it will take time for the players to begin to peel back the onionskin and reveal the hidden truths. I’d be the first to admit that a long term game can be a tough ask – as it necessitates real commitment in time and concentration from all involved. However, when the revelations come, the players and GM alike should get a real kick out of it. Like the revelation or twist at the end of a good book or movie, players might well be kicking themselves – and it might well be true that Aletheia still has more to offer, as the onion skins run deep in places.

Well worth a read if you’re looking for an investigative game or setting to engage as a longer term campaign. Not best suited for one-shots or short games, where the impact and potential of Aletheia won’t have time to work themselves out.

Of Onionskins and Seven Dogs: A review of Aletheia 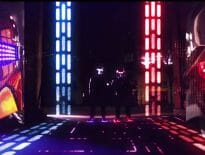 Music The Rebels have no chance: Darth Punk 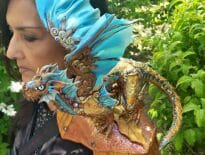 Geek Stuff Adding a dragon to your armour
wpDiscuzComment Author Info
Manage Cookie Consent
This site uses cookies 🍪, and links are ads that may earn bloggers some money 💰, and with this alert, I very much hope that these dark truths 🧌 are acknowledged.
Manage options Manage services Manage vendors Read more about these purposes
Preferences
{title} {title} {title}
Loading Comments...