You are here: Home / Games / Tabletop & RPGs / Well Met in Lankhmar: A Review of Lankhmar City of Thieves 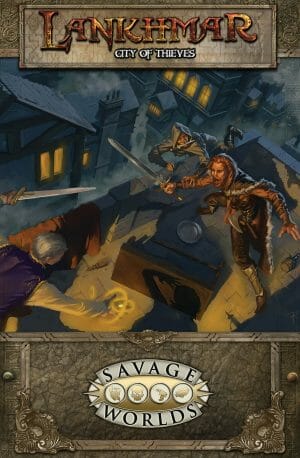 Lankhmar: City of Thieves on RPGNow

While it might seem a simple task to create a setting supplement for a game that shifts the focus to match a book, TV show or movie, it isn’t. I mean, I’m not saying there isn’t any effort involved, but you could just slam a major synopsis down, along with some episodic notes, and that would suffice – right?

However, it isn’t that simple.

If you just write out the backstory for a book, list the characters involved with their in-game stats and sketch out some episodic adventures, that just skims the surface. Lankhmar: City of Thieves doesn’t do that. It isn’t just an executive summary of the tales of Fafhrd and the Gray Mouser. Instead, the supplement works as a toolkit, presenting a layered set of adjustments, tweaks and outright replacements to Lankhmar-fy Savage Worlds good and proper.

Form & Features
In the space of 98-pages, Thomas M. Reid takes Savage Worlds and gives it a solid working over, unpicking and then respinning the system to channel the world of Lankhmar. If you’re on a budget, you could just pick up the Explorer Edition of Savage Worlds and a secondhand copy of a Swords and Deviltry. Read the book, skim the Internet, then run a game with the Savage Worlds engine. Reid offers up an alternative approach.

Lankhmar: City of Thieves takes the core system and flavours it with the fantasy tropes of Fritz Leiber‘s classic fantasy series. Life is hard in Lankhmar, but heroes are harder still. They can take a knock, but they bounce back even harder. Characters survive and prosper through wile and guile.

A lot of the initial content in the book will only appeal to someone who actually plans to use the supplement for Savage Worlds. I realise that this is exactly the purpose of the book – but, a setting book can have considerable value for someone keen on someone else doing the legwork of encapsulating a world without needing to actually use any of the crunchy bits.

So, the initial chapter, on Characters, assumes you already use the Savage World system and sets out the changes or additions needed to make the game more Lankhmar-like. For someone who plans to play straight from the book, the material here covers what to not include and what to add.

Some material, like the inclusion of ghouls or ratlings as playable races, contains enough information for you to transfer the concept to whatever ruleset you prefer. Knowing the strengths, weaknesses and special qualities of a new race means you have viable material to work with whatever your intent. A few elements, like Edges and Hindrances – the advantages and disadvantages of the Savage Worlds system that tweak the pool of character creation points – have a weight of connection to Savage Worlds that you can’t sidestep.

Chapter Two offers up a list of gear, marked up in local currency – because the core Savage Worlds system has only generic gear from a whole bunch of settings. The chapter explains the currency used then digs into the finer details of adventuring equipment, travel, accommodation, weapons, armour, vehicles and sundries. Where it isn’t obvious or a new mechanic applies, it receives an explanation – and because you have it all listed out and detailed, it provide value whatever system you use.

Chapter Three has the setting rules and Chapter Four covers the particulars of magic. I really liked the way the author spent time explaining the difference between a straightforward fantasy setting and Lankhmar. Less magic, more heroics, plenty of shadows and more than a hint of the alien and exotic. Having established those principles, Reid works the mechanics to mirror the flavour – and the background material explains what it can, in the space available, to bring you into the world. I have no qualms in warning that if you really want to run a campaign in Lankhmar, read a book. A 98-page supplement can only do so much – you need to steep yourself in some of the original stories to really get the full on feel of things.

Lankhmar magic is different from more traditional RPG systems because it doesn’t favour the combat sorcery of adventurers. Indeed, to push the flavour, it casts aside much of the crunch associated with core Savage World spell casting.

Akin to other fantasy of the 60s and 70s, like Moorcock’s Elric, magic tends toward extended ritual. If you want to do something quick, you tend to end up failing miserably or doing yourself an injury. Like The Force, quick rewards threaten corruption and an all too rapid drift to the dark side. Lankhmart sorcery falls into three categories – black, white and elemental magic – and those who don’t practice with care tend to always end up embroiled in the first type.

Much of the rest of the book presents a gazetteer of the quarters of Lankhmar, key buildings and an overview of the regions surroundings it. Some of the basics appear in the player section, with more detail, non-player characters and other background reserved for the gamemaster.

Maps
The player’s section includes both a map of the world of Nehwon and a single page map of Lankhmar – which it would be really nice to get blown up to massive proportions. It certainly gets the sense of a dense and complex rat’s nest across, scattered with a few keyed areas. 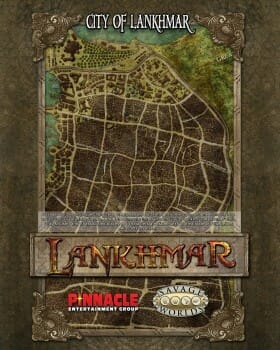 So, there’s some relief in this respect that you can pick up poster maps of both the land mass around the city and the city itself. Lankhmar: Nehwon provides a bird’s-eye view of the great expanse surrounding the city and would be ideal for anyone planning on engaging in wider adventuring forays into the Land of Eight City, the chilly north or perhaps the mysterious East. Printed out on 3 x 3 sheets, you can easily scrawl additional features as exploration progresses.

The same scale and utility lies in the Lankhmar Poster Map. The book itself contains a map with a legend associated with the main streets – but the poster map has the scale to include the names directly. The setting background outlines the increasing risk characters take going off the beaten track into the side streets and alleys; with this map you can chart the individual particulars of key buildings and locations.

Adventures
While I was pleased with the background and character information, I found myself somewhat wanting when it came down to adventures. Short and relatively straightforward, I found the actual adventures fine; but disliked the way they hooked the player characters into the action.

As part of the initial setting book, I felt these needed to be introductions to the city and the people, offering a route to immediate adventure. However, the heroes can actually choose to completely ignore the first adventure’s hook – the characters can simply select the option to step away from it and not get involved. The second adventure’s hook depends on personal investment in a non-player character, which warrants it coming sometime later in your Lankhmar campaign. In both cases, the adventures need greater immediacy and engagement, leaving the players in no doubt whether to get their characters involved.

A capable and/or thoughtful gamemaster won’t have an issue with making changes, if need be, to get characters involved – but, it would have been much better to go with more obvious and immediate routes of engagement.

Final Thoughts
I haven’t read any previous material about Lankhmar, from the TSR-era for example, so I can’t draw any comparisons. However, as an introduction to the setting, an overview to the themes, and a basic tool kit to flavour your game, Lankhmar: City of Thieves does a good job – and I’m heartened to see that Pinnacle have been backing this book up with more material in short order. Having gone through this – but not being a fan of Savage Worlds – I can already see myself running adventures here with one of the many Old School Renaissance systems like Whitehack, Lamentations of the Flame Princess or Swords & Wizardry.

My review is based on a PDF review copy provided by the publisher. Lankhmar: City of Thieves, published by Pinnacle Entertainment Group and written by Thomas Reid. Available as a PDF from RPGNow for $9.99. You can pick up the poster maps of Nehwon and Lankhmar separately, for $3.99 each.

davidtwilbanks boreders I haven’t in a million years, I just heard this one was good and immediately thought of you.

davidtwilbanks boreders Weird nobody’s even revisited the Leiber mythos for RPGs in like 30 years. Commercially , I mean.

robertnlee davidtwilbanks I won’t be satisfied until there’s a Fafhrd and the Grey Mouser show on HBO.

JeremyBiltz davidtwilbanks One of the GoT guys was a big fan in high school, I guess. So who knows?

davidtwilbanks robertnlee Solid start to a new Lankhmar. Hoping I’ll get round to review adventure books PEG_Games has released soon.

boreders Thanks for the great review! Hopefully you can try Savage Worlds sometime too. ;) –Jodi for PEG

Well Met in Lankhmar: A Review of Lankhmar City of Thieves 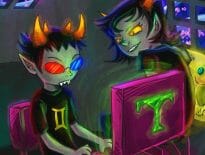 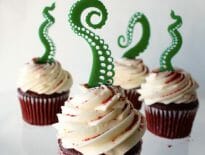